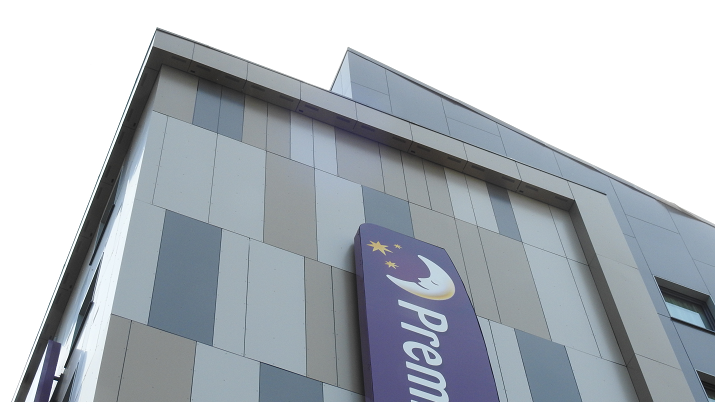 The Home Secretary Rt. Hon Theresa May MP has last week opened 20 new nesting places for swifts at the Premier Inn site in Maidenhead. The new hotel opened its doors to the public in November last year, and the nesting boxes were built in to the roof during construction.

Swifts visit the UK in the summer months to nest and breed, but local surveys suggest that their numbers have fallen by 50% in the past 20 years. Their nesting sites have steadily disappeared as roofs are refurbished and old buildings are knocked down.

To combat this decline Jan Stannard, a Maidenhead resident, formed the Maidenhead, Marlow and Cookham Swift Group in June 2015. Since then, 200 new swift nesting places have been created in local houses and churches to provide a home for breeding swifts in the area.

To support the Swift Group’s campaign, Maidenhead Premier Inn agreed to lodge 20 new nesting places in the roof of the hotel. In a first for Premier Inn swift boxes, one of the boxes has been fitted with a caller to mimic the call of a swift in an effort to encourage breeding pairs to use these new sites.

‘Swifts are an iconic UK bird. Their arrival in our skies signifies the start of summer and the startlingly decline in their numbers is a real cause for concern. When Jan approached us there was a clear opportunity to build the nesting places into the new site. Hopefully our Premier Inn Maidenhead will house generations of swifts as they breed and raise their young.’

‘I’m grateful to Maidenhead Premier Inn and the Swift Group for working together on this initiative. It is important that new buildings are developed with the natural environment in mind, and this is an excellent example of how this can work in practice. I hope this will be successful in supporting the swift population and reversing the decline in numbers that has been witnessed recently.’

‘I have nothing but praise for Premier Inn and Whitbread, whose response has been exemplary. From my first phone call highlighting the issue, the team and their building contractors worked positively and quickly to make the project happen. Now we hope that more localities will be able to work with them to give swifts the support they need around the country.’

3.       The local survey referred to was conducted by Brian Clews, author of the Berkshire Bird Atlas. Compared to a swift survey from 25 years ago, the latest carried out in 2011 showed only half the number of nest sites in the Royal Borough. Only a handful of sites around Maidenhead recorded successful breeding in 2015. For more information please contact Alec Newton.

Premier Inn was named the UK’s top rated hotel chain for 2015, according to Which? and with over 700 budget hotels and more than 60,000 rooms across the UK and Ireland, our guests are never far from a great night’s sleep for fantastic value. Our hotels are in more locations than any other UK hotel brand for the ease and convenience of families, couples and business travellers alike

All our bedrooms feature en-suite bathrooms, a luxurious king-size Hypnos bed, TV with Freeview and free Wi-Fi. A bar and restaurant is situated either on-site  or next door , to each hotel, offering a wide range of food choices – whether guests are looking for a cooked Premier Inn breakfast or a tasty dinner.

Premier Inn’s lowest rates are only available when you book direct at premierinn.com

Last year (2014-2015), over 80% of Premier Inn hotels achieved a TripAdvisor Certificate of Excellence. This year, Premier Inn has also been awarded the Best UK Family Hotel Award in the TripAdvisor Travellers’ Choice Awards.

Premier Inn is Great Ormond Street Hospital Children’s Charity’s biggest corporate supporter and we have already raised £6million of our £7.5million fundraising target with work already underway on a brand new Premier Inn Clinical Building at the hospital. The funds raised go towards supporting the care of some of the sickest children across the globe.