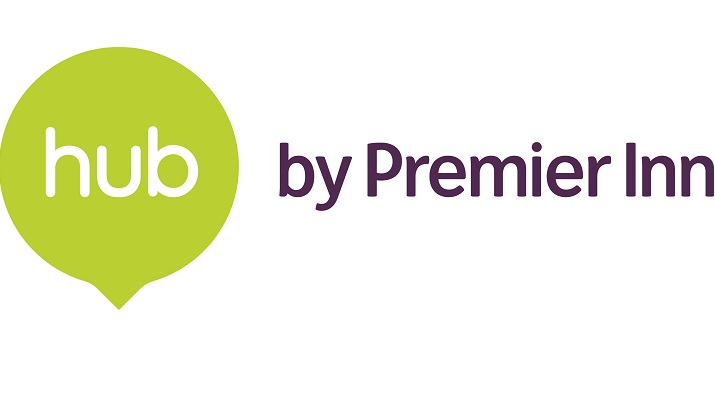 hub by Premier Inn has today, 23rd March, held an official opening ceremony at its newest London hotel located in the cosmopolitan area of Spitalfields, on vibrant Brick Lane. There to celebrate the opening was Managing Director of Whitbread Hotels and Restaurants Paul Flaum, whose family began their lives in England after emigrating from Poland in the late 19th century and setting up a fruit and veg stall at nearby Spitalfields Market. Paul’s mother and her siblings were invited to cut the ribbon to declare the hotel officially open and Paul said a few words about the importance of the local community and how special it was returning to his family’s roots to celebrate this fantastic new hotel.

Paul said: “To think that my great Uncle started his business just a stone’s throw away from this wonderful new hotel is fantastic and I’m pleased to be back here where my grandfather carried on the family business until 1981. I’m really proud of what we have achieved here at hub, bringing an innovative tech based hotel to the area and it’s actually a little known fact that the original Whitbread breweries were located in Brick Lane and nearby Old Street before they moved to Chiswell Street in 1750 – so it really feels like we are celebrating not only my roots but also Whitbread’s.”

The hotel has been trading since the 29th of February and was the third of these next generation, technology based hotels to open after the hugely successful launch of hub Covent Garden in November 2014 and hub Tower Bridge in December 2015. The new hub hotel has created 52 new year-round jobs for Londoners.

Hub Spitalfields, Brick Lane has 189-bedrooms and is just close to the famous Old Spitalfields and Brick Lane Markets. With easy access to galleries, boutiques and festivals, and with Liverpool Street Station only minutes’ walk away, the new hotel is the perfect pit stop for the 21st century traveller.

The new hotel concept has proven to be extremely popular with international guests, as well as those from the UK, all looking for an affordable, comfortable and modern place to stay in the heart of the city – whether for business or leisure.

The exciting new addition to the hub portfolio offers an unrivalled digital experience where customers can use an app on Android, iPhone or Apple Watch to book, check-in, control lighting and room temperature or even control the rooms Smart TV. The hotel also has a ProvenDough Deli+Bar, which offers 20 breakfast combinations and more than 30 menu options throughout the day.

The latest hub includes some great new features: including ‘hub bigger’* rooms for guests booking longer stays or guests who would like additional room space; and even ‘smarter’ smart TV’s that enable guests to stream and mirror content onto the TV from their tablets and phones.

Both the expertise of the local hub team and hub’s bespoke local guide ‘Explore’ will prove invaluable in giving guests great recommendations for enjoying the city. Using the hub app and augmented reality, guests scan watch the in-room map come alive with recommendations of restaurants, historic landmarks, museums and galleries right on the doorstep.

hub by Premier Inn is also open in Edinburgh’s Royal Mile and there are plans for a further ten hotels – with another eight sites in London and two more in Edinburgh already secured. These sites include prime city centre locations such as Kings Cross, Westminster and Rose Street in Edinburgh. To get the best rates, visit hubhotels.co.uk. The hub by Premier Inn app is available to download at the App Store for iPhone and Apple Watch users, and Google Play for Android devices.

hub by Premier Inn is a new generation of smartly designed hotels in the heart of the city. The stylish compact rooms, featuring digitally enhanced connectivity, make hub by Premier Inn the smart choice for those looking for a contemporary and affordable hotel in a must have city centre location.

The brand’s first hotel opened on St Martin’s Lane, Covent Garden in November 2014 and has already won awards for its innovative technological design. hub attracts guests staying in the city for business or pleasure, striking a chord with digitally savvy city travellers, looking for a stylish modern base whilst they explore the capital.

In April 2015, hub by Premier Inn Covent Garden was awarded an ‘outstanding’ rating in Breeam’s environmental assessment – and is currently is the only hotel in the UK to have achieved this highest rating.

hub is a brand new concept hotel owned by Whitbread and is sister brand to Britain’s most loved hotel chain Premier Inn – which was named the UK’s top rated hotel chain by Which? recently.

hub by Premier Inn has recently opened in Tower Bridge, Edinburgh and London Spitalfields, Brick Lane and there are plans for a further ten hotels – with another eight sites in London and two more in Edinburgh already secured. These sites include prime city centre locations such as Kings Cross, Westminster and Rose Street in Edinburgh.