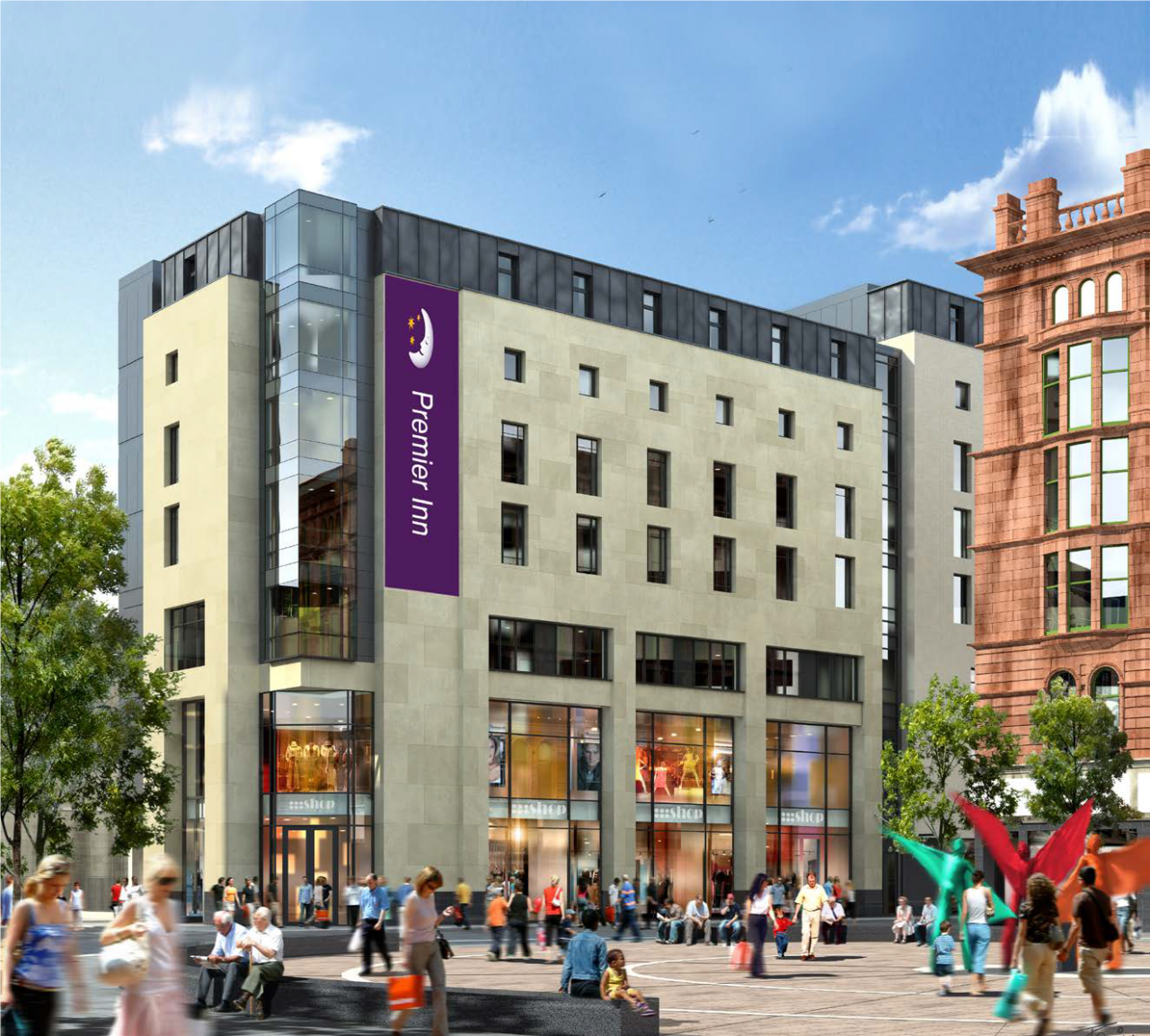 Whitbread, the owner of the Premier Inn and hub by Premier Inn hotel brands, is reopening its construction sites in Edinburgh, Glasgow, Hamilton and Thurso this week [w/c 22nd June] as the business focuses on safely continuing building work on its pipeline of new hotels in Scotland.

The sites under construction, which account for £55m of investment by Whitbread and its development partners, include a new super-sized 249-bedroom hotel in Glasgow’s St Enoch Square, a 136-bed hotel on Edinburgh’s world-famous Princes Street and Premier Inn’s most northerly hotel in Thurso in the Scottish Highlands.

More than 190 new permanent jobs are expected to be created at the four hotels when they open their doors to guests during this financial year – with the recruitment process at each hotel starting approximately three months ahead of a new site opening.

“The challenges currently facing the hospitality industry has not blunted our ambition to continue to grow the Premier Inn brand in Scotland. We have been investing heavily in Scotland for years and these latest hotels continue our strategy of expanding Premier Inn in prime city centre locations, investing in regeneration schemes in well-connected towns and growing our network in popular tourist locations where we do not have a presence.”

“The Scottish Government has been clear that construction is important in helping the economy to bounce back from the crisis. Before re-opening our sites in Scotland, we have been working closely with our development and construction partners to ensure we can continue to invest and deliver our new hotels whilst meeting the latest industry guidance on social distancing. The sites look different, with fewer workers on-site at any one time, but we’re pleased to be back and progressing with the builds under the new working arrangements.”

In line with the Scottish Government’s phased plan out of lockdown, Whitbread’s development team has put in place additional on-site measures to protect workers and the general public and ensure social distancing. With the Scottish Government confirming on 18th June that construction sites can return to ‘steady sate operations’ with appropriate measures in place, Whitbread is finalising the plans for a phased restart at each site.

Whitbread is planning to open the four Scottish hotels this financial year. Earlier this month, the business announced that it was restarting work on 35 construction sites in England and Wales in line with public health and industry guidance.

Pictured: CGI of the 249-bedroom Premier Inn at Glasgow St Enoch Square – one of the four Premier Inn hotels under construction in Scotland

The Scottish Government has an industry-agreed model six-phase model for the return of construction work. Phase 3 allows for steady state operation (where physical distancing can be maintained).

About Premier Inn
Premier Inn was named the UK’s top-rated hotel chain for 2019 according to Which? With over 800 hotels and 80,000 rooms across the UK and Ireland, Premier Inn guests are never far from a great night’s sleep at fantastic value rates. Premier Inn hotels are in more locations than any other UK hotel brand for the ease and convenience of leisure and business travellers alike.

Great Ormond Street Hospital Children’s Charity is the National Charity partner of Premier Inn and to date team members, guests and suppliers have reached the milestone of £10 million, which formed part of the funding towards the Premier Inn Clinical Building, officially opened by HRH The Duchess of Cambridge in January 2018.
Outside of the UK, Premier Inn’s expansion plans are focused on Germany. Premier Inn opened its first hotel in Frankfurt in 2016 and has almost 10,000 Premier Inn bedrooms in its secured pipeline in Germany.