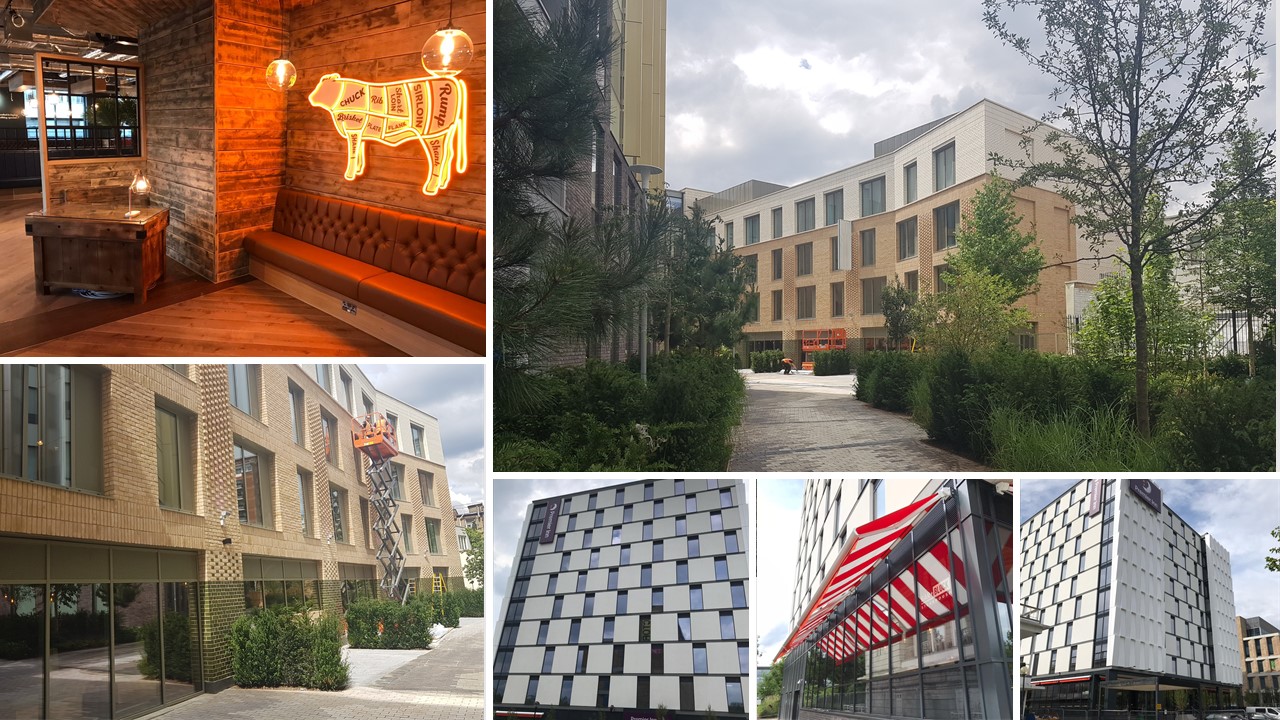 Whitbread, the UK’s largest hospitality company, is maintaining momentum in its expansion drive with the practical completion of a new 274-bedroom Premier Inn in Southwark and a 180-bedroom hotel in Milton Keynes city centre. Both schemes will feature a Bar + Block steakhouse restaurant, Whitbread’s latest high-quality restaurant offer.

Part of Frogmore’s £85 million New Marlborough Yard development at The Cut in Southwark, the new Premier Inn and Bar + Block will be Whitbread’s largest opening in London this financial year. Designed to achieve a BREEAM Excellent energy rating, and featuring a public courtyard and park, the hotel and restaurant will create approximately 90 new jobs when it opens to guests later this year.

Whitbread’s sixth Premier Inn hotel in Milton Keynes is located on Avebury Boulevard in the city centre. Developed in partnership with Dominvs Group, the 10-storey 180-bedroom hotel and restaurant will generate between 75 and 80 new jobs on opening.

The practical completion of both sites was achieved with construction continuing during the lockdown. Additional on-site measures and working practices were introduced to protect workers and the general public and ensure social distancing. With building work now complete, Whitbread will start fitting out the interiors of the hotels and Bar + Block restaurants with the two sites expected to open in autumn 2020.

“While the coronavirus pandemic has created significant challenges for the hospitality industry, we remain committed to our strategy of growing and innovating Premier Inn and hub by Premier Inn in the UK and Ireland. Reaching practical completion of new Premier Inn hotels in Milton Keynes and on The Cut in Southwark takes us a step closer to adding 450 new Premier Inn rooms in the prime locations our customers want to be. The hotels and restaurants are in the heart of the action, look fantastic and we’re confident they will be very popular with our customers when they open later this year.”

Earlier this month, Whitbread announced it was restarting work on 35 construction sites in England and Wales in line with public health and industry guidance. The business opened more than 2,300 new Premier Inn and hub by Premier Inn bedrooms in the UK during the 2019-20 financial year, expanding its total national network to 821 hotels.

For the current financial year (ending February 2021) Whitbread is working to complete 17 newbuild hotels (more than 2,500 new bedrooms) including its eleventh hub by Premier Inn hotel in the capital at Berwick Street in Soho. Nationwide, the business has more than 13,000 Premier Inn and hub by Premier Inn bedrooms in its secured development pipeline.

Outside of the UK Premier Inn is expanding aggressively in Germany with nineteen trading hotels and an open and committed pipeline of almost 10,000 bedrooms across 52 hotels. By the end of 2020 Whitbread expects to operate a total of 20 Premier Inn hotels across Germany.

Outside of the UK, Premier Inn’s expansion plans are focused on Germany. Premier Inn opened its first hotel in Frankfurt in 2016 and has almost 10,000 Premier Inn bedrooms in its open and secured pipeline in Germany. By the end of 2020 Whitbread expects to operate 20 Premier Inn hotels in Germany.