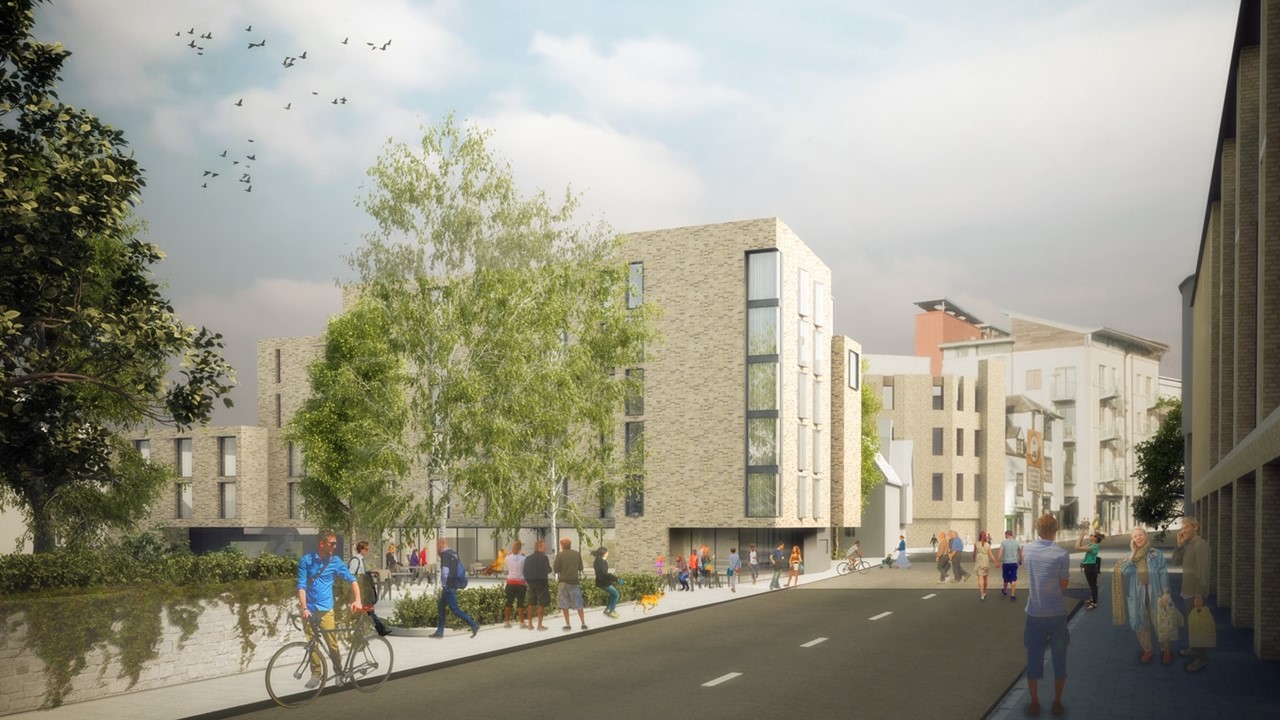 Whitbread, the owner of the Premier Inn and hub by Premier Inn hotel brands, is re-starting construction of its flagship Oxford Greyfriars Premier Inn this week as the UK’s largest hospitality business focuses on safely continuing to build its pipeline of new hotels.

The construction of the 90-bedroom hotel on Paradise Square in the city was temporarily halted during the week commencing 23rd March following the introduction of the nationwide lockdown due to coronavirus.

Over recent weeks, Whitbread’s development team has been working with Carter Lauren, the principle building contractor for the Greyfriars Premier Inn, to put in place strict new on-site controls and working practices to ensure social distancing and protect site workers and members of the public.

The new measures, put in place before workers return to site this week, are in line with the latest Construction Leadership Council and Public Health England guidance.

Richard Aldread, Head of Construction in the UK regions and Ireland for Premier Inn, said:

“The safety of our site teams has always been our number one priority when constructing new Premier Inn hotels, and it is more essential now than ever.  The Government has been clear that construction activity is vital for the economy to bounce back, so we have been working closely with our contractor Carter Lauren to introduce additional controls and working practices on our Greyfriars development site.

“The measures we’re introducing are in line with the latest guidance from the Construction Leadership Council and will allow us to continue to build our flagship Oxford hotel with social distancing measures in place.”

Whitbread secured planning permission to build the Greyfriars Premier Inn, located opposite the Westgate Shopping Centre, in December 2017.  A vacant former accountant’s office block occupying the site was demolished in 2019 and Carter Lauren were progressing the groundwork for the new hotel before the introduction of the nationwide lockdown.

With workers now returning to site this week, Whitbread is targeting for the new hotel to open in summer 2021 with 35 new team members expected to work at the hotel on opening.

The recommencement of construction of the Greyfriars Premier Inn is part of a wider programme of re-opening of Whitbread’s construction sites. Building work is continuing on 35 newbuild and extended Premier Inn and hub by Premier Inn hotels across England and Wales.

Whitbread is also preparing to resume work at four construction sites in Scotland following the Scottish Government’s move to the first-phase of its five-phase plan out of lockdown.

Outside of the UK, Premier Inn’s expansion plans are focused on Germany.  Premier Inn opened its first hotel in Frankfurt in 2016 and has almost 10,000 Premier Inn bedrooms in its secured pipeline in Germany.