Whitbread diverts 65,000 meals to charity to help those most vulnerable during Coronavirus crisis 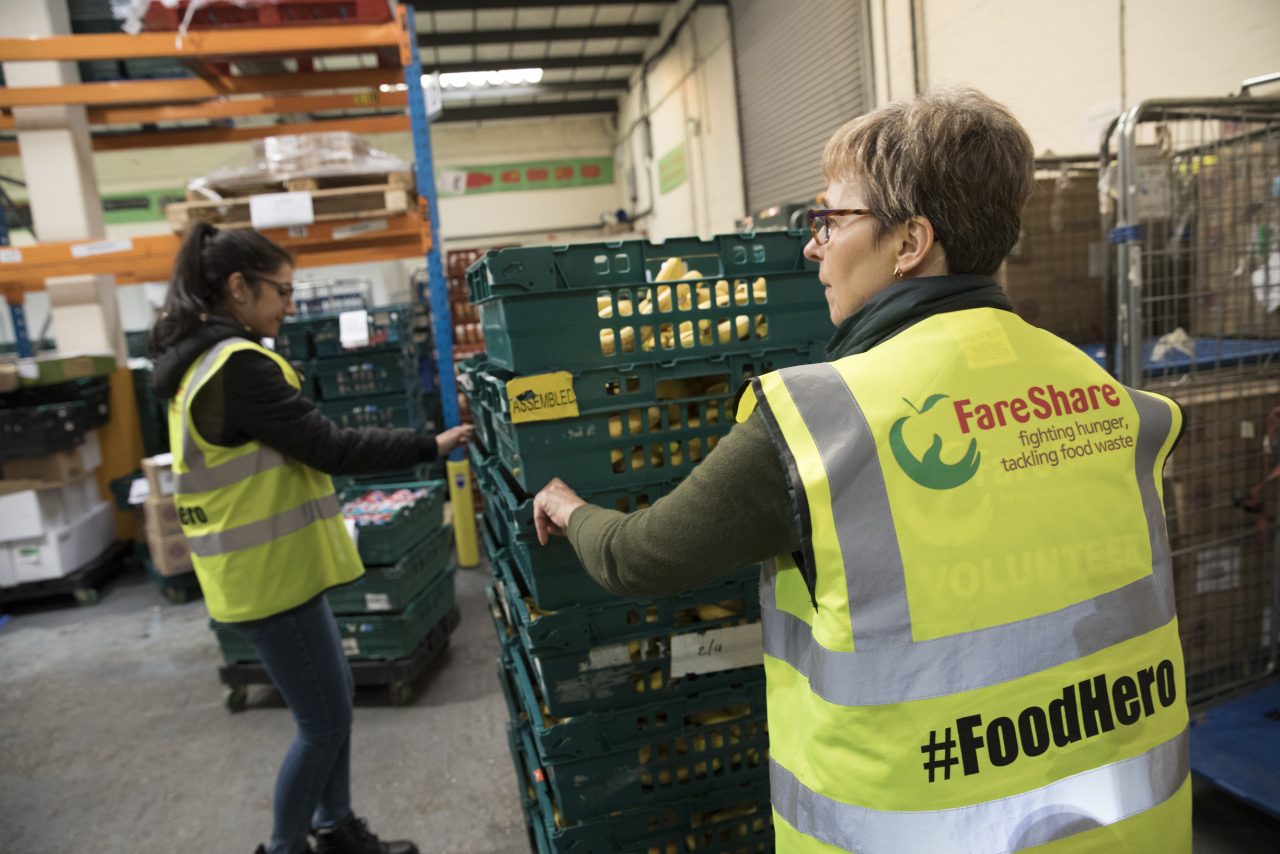 Whitbread PLC, the UK’s largest hospitality operator, has donated over 27 tonnes of food to charity, the majority of which will be to food redistribution charity FareShare as part of its new partnership with the organisation.

The food, which has been diverted as a result of the closure of its restaurants and is enough to provide 64,387 meals, most of which will be redistributed through FareShare’s nationwide network of thousands of frontline charities as they work to support those most vulnerable through the Coronavirus crisis.

The partnership with FareShare has come at an unprecedented time for UK hospitality, and the relationship is due to play a key part in Whitbread’s sustainability targets to reduce food waste across its business. The timing of the partnership has become pivotal to both organisations as with the closure of its restaurants, Whitbread now finds itself in the position of having huge surpluses of food in the run up to what would have been the busiest time of the year for the casual dining market.

The donations from Whitbread are in the region of 40-50,000 cases of stock, which includes approx. 9,800 tomatoes, over 2100 potatoes, over 4000 bananas and over 15,500 pints of milk with more items to be donated in the coming week. Fresh, nutritious food is particularly valued by FareShare’s network of charities and community groups – including schools, foodbanks, care homes and homeless shelters.

The majority of the food will be distributed to FareShare through Whitbread’s two main logistics centres, and then onwards through the organisation’s network of frontline charities and community groups it supports. FareShare is the UK’s national network of charitable food redistributors, made up of 17 independent organisations.

Phil Birbeck,  Managing Director at Whitbread Restaurants said: “We are extremely proud that we are able to act as a Force for Good through our partnership with FareShare by enabling us to donate food that would potentially have gone to waste, and that community groups and charities will benefit. This is an extremely difficult time for everyone, but we are so pleased that something positive is able to come from this as we continue to find ways to support our teams, our guests and our suppliers in unprecedented times.”

Lindsay Boswell, FareShare Chief Executive, said: “FareShare already provides enough food to charities to help them provide almost a million meals a week – but as the Coronavirus outbreak develops, demand for our service is only going to continue rising. The past month alone has seen a record number of charities requesting to sign up, which only makes Whitbread’s support even more vital. The nutritious, fresh food supplied by Whitbread will be distributed to thousands of charities working tirelessly through this crisis to ensure those most vulnerable are not left at increased risk of hunger.”

Premier Inn was named the UK’s top-rated hotel chain for 2019 according to Which? With over 800 hotels and more than 76,000 rooms across the UK and Ireland, Premier Inn guests are never far from a great night’s sleep at fantastic value rates. Premier Inn hotels are in more locations than any other UK hotel brand for the ease and convenience of leisure and business travellers alike.

FareShare is the UK’s largest food redistribution charity, with 25 warehouses across the country. It takes food from the food industry that can’t be sold in shops, either because of packaging errors, a short shelf life or overproduction. That food, which is the same as the food you’d eat at home, is then redistributed through a network of 11,000 frontline organisations, across the UK such as homeless hostels, school breakfast clubs, domestic violence refuges, older people’s lunch clubs, food banks and hospices.  FareShare provides enough food to create almost a million meals for vulnerable people every week.