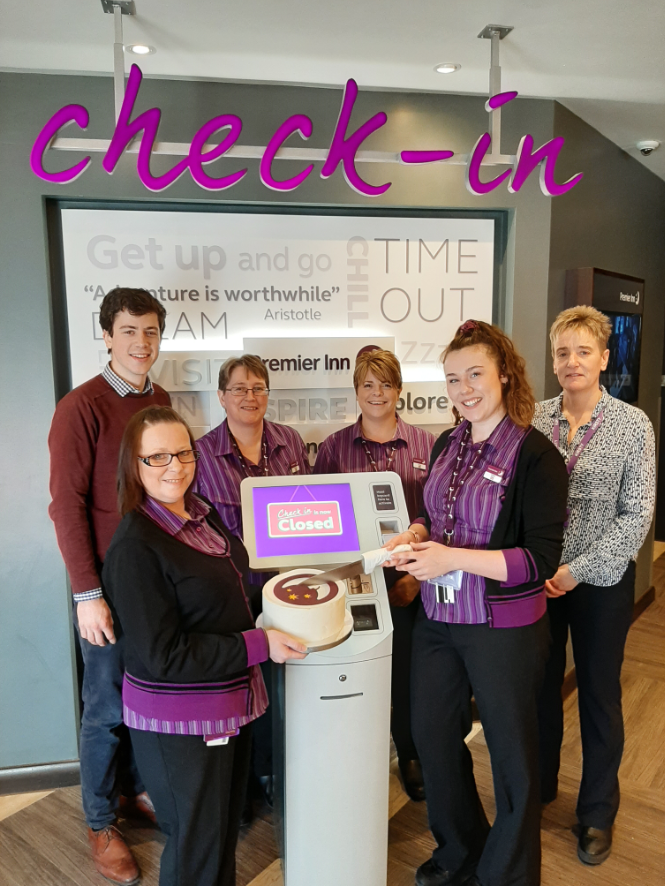 The team behind the £5.5 million Premier Inn hotel in Berwick-upon-Tweed have said thank you to their new neighbours for their patience during the construction of the hotel.

Hosting a packed lunch in the hotel today [Friday 13th March] with residents, local business owners and Northumberland County Council Councillors, Whitbread passed on their gratitude to everyone for bearing with them during the build.

Richard Aldread, head of construction for Premier Inn in the UK regions and Ireland, said:

“My team and I are extremely grateful for the patience shown by residents and business owners as we cleared the site and built the new Premier Inn on Sandgate. It hasn’t been an easy hotel to construct but the finished building looks great and it is set to make a positive contribution to Berwick for years to come.”

Construction started in November 2018 and the hotel opened its doors to guests at the end of February 2020, creating 31 new full- and part-time jobs – with many of the new team members working part-time alongside other commitments.

“It’s fantastic that this great addition to the town’s accommodation offer is now open for business.  Berwick is becoming an increasing tourism destination, especially with the arrival of cruise ships later this year, and it’s vital the infrastructure is in place for visitors to come and stay in the town.

“New businesses always provide a great boost to the local economy and I am sure this Premier Inn will help attract more people to Berwick and the surrounding area.”

Premier Inn predicts more than 21,000 guests will stay at the new Berwick a year, adding an estimated £1 million of additional spending to the local economy every year as its guests go out to eat, drink and do activities locally.

The new hotel at Berwick-upon-Tweed is Premier Inn’s second hotel in Northumberland.  The business is continuing to expand and recently secured planning permission for a new 83-bedroom Premier Inn on the Willowburn Trading Estate in Alnwick.

Premier Inn was named the UK’s top-rated hotel chain for 2019 according to Which? With over 800 hotels and 76,000 rooms across the UK and Ireland, Premier Inn guests are never far from a great night’s sleep at fantastic value rates. Premier Inn hotels are in more locations than any other UK hotel brand for the ease and convenience of leisure and business travellers alike.

Outside of the UK, Premier Inn’s expansion plans are focused on Germany.  Premier Inn opened its first hotel in Frankfurt in 2016 and the open plus committed pipeline now stands at 52 hotels – approximately 10,000 rooms in more than 20 cities.  Around 20 Premier Inn hotels are expected to open in 2020.