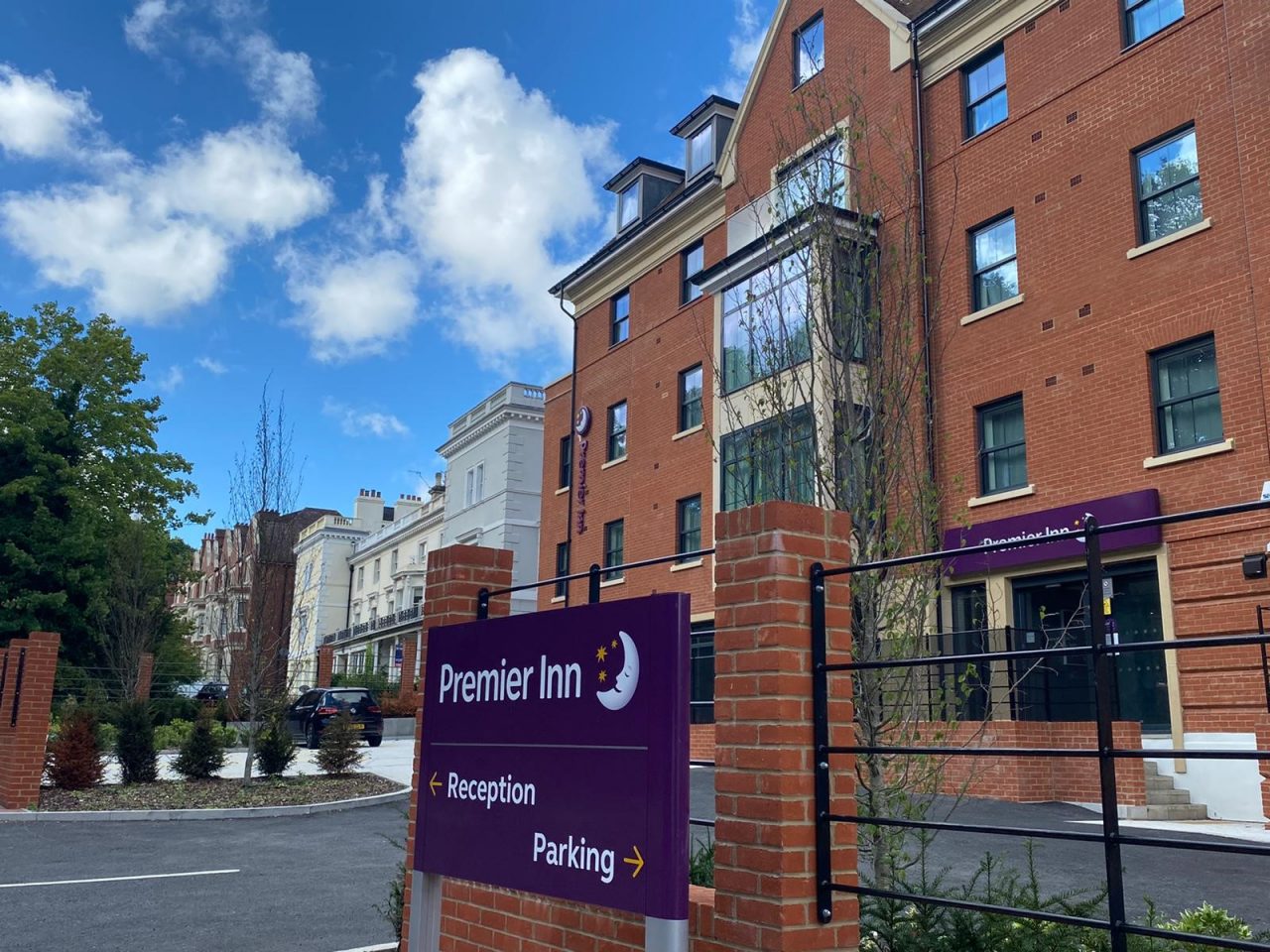 As it opens its doors, 20 new jobs have been created at the hotel, in a mixture of part- and full-time positions. All the new team members will benefit from Premier Inn’s leading training and development opportunities.

“It’s a wonderful feeling to open the doors of our brand-new Royal Tunbridge Wells Premier Inn. The hotel looks incredible, the team are raring to go, and we’re looking forward to welcoming guests and providing them with the friendly service, high-standards and well-priced bedrooms we are known for.”

The Royal Tunbridge Wells Premier Inn is built on the site of Merevale House, formerly the town’s magistrates court. A planning application to convert the former courthouse and office building into the new hotel was approved by Tunbridge Wells Council in 2017 following the expiry of the Ministry of Justice’s lease at the building.

The new five storey brick hotel building includes the Thyme restaurant and reception area at ground floor level with four storeys of bedrooms above. Guest car parking spaces are provided in the basement of the building and at ground level and a drop-off taxi bay has been designed in front of the hotel on London Road.

“Royal Tunbridge Wells ticks all the boxes for Premier Inn customers. The historic town is a wonderful place to spend time, the stunning countryside of the High Weald is close by and London is less than an hour by train. We expect our new Premier Inn will be popular with guests looking to soak up the culture and history of Royal Tunbridge Wells on leisure breaks as well as business travellers looking for a convenient jumping off point for the capital. The hotel couldn’t be in a better position for enjoying the historic town.”

Premier Inn, which has more than 815 hotels across the UK, has been expanding strategically in Kent and East Sussex as it responds to demand for bedrooms in well-connected market-towns like Royal Tunbridge Wells. New Premier Inn hotels have opened in Sevenoaks and Haywards Heath since August 2018 and a new 80-bedroom Premier Inn at Uckfield is due to open later this year.

The Royal Tunbridge Wells Premier Inn has opened with Premier Inn’s enhanced hygiene promise, Premier Inn Clean Protect, to help guests stay with confidence. Developed with suppliers including global cleaning and hygiene product supplier Diversey, the new procedures are in line with both World Health Organisation and the European Centre for Disease Control recommendations, as well as UK government guidance.

The CleanProtect launch coincides with new flexible room rates that will help guests’ book with confidence in the event their plans may need to change. This includes a new Standard rate, allowing guests to cancel or amend within 24 hours of making the reservation or amend the booking up to 1pm on the day of arrival.

Premier Inn was named the UK’s top-rated hotel chain for 2018 according to Which? With more than 800 hotels and over 78,000 Premier Inn rooms across the UK and Ireland, Premier Inn guests are never far from a great night’s sleep at fantastic value rates.

Premier Inn hotels are in more locations than any other UK hotel brand for the ease and convenience of leisure and business travellers alike.

Outside of the UK Premier Inn is expanding rapidly in Germany with nineteen trading hotels and an open and committed pipeline of almost 10,000 bedrooms across 52 hotels. By the end of 2020 Whitbread expects to operate a total of 20 Premier Inn hotels across Germany