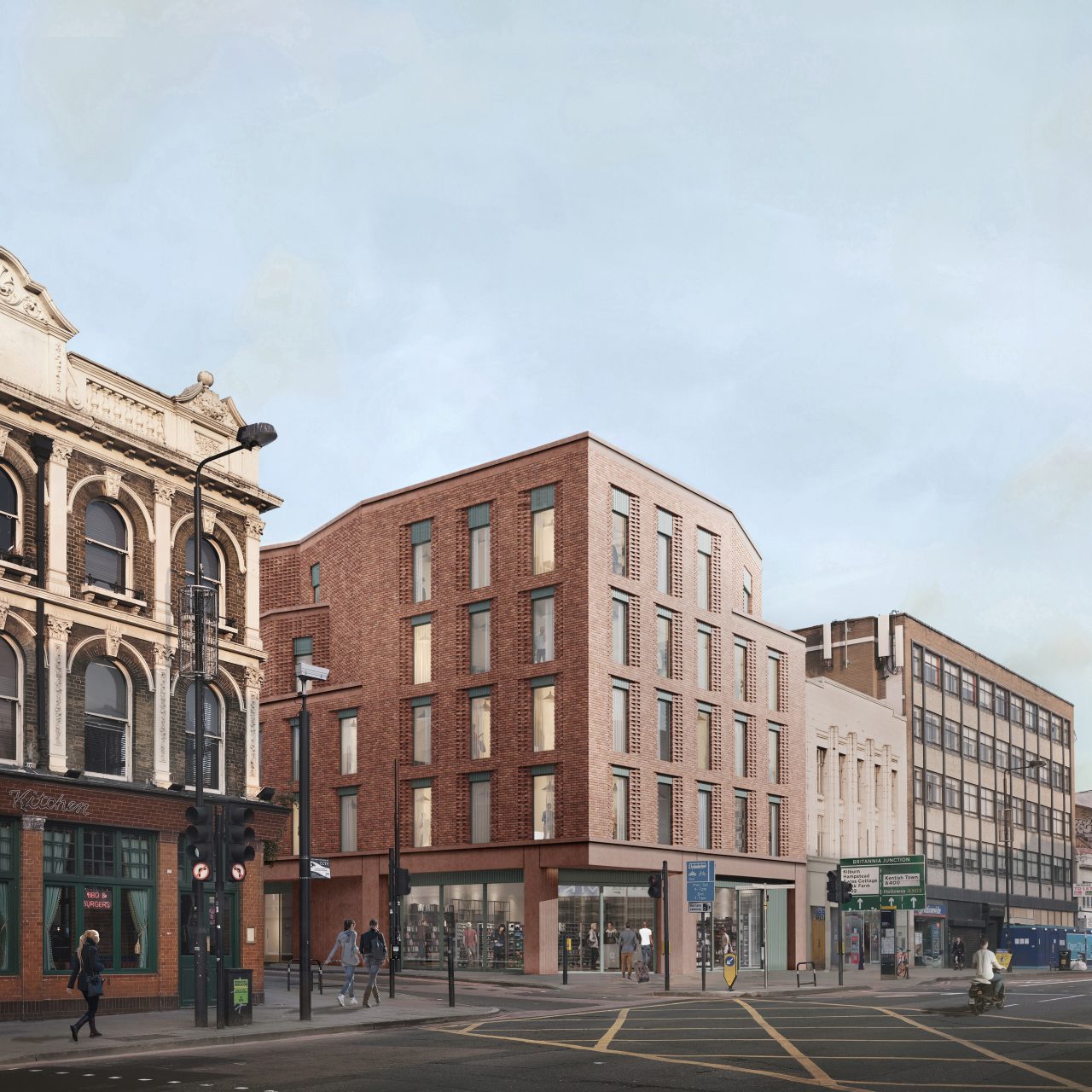 The 80-bedroom hotel, which was granted planning permission by Camden Council in January, is due to be built on the site of the former Sports Direct retail store on the corner of Camden High Street and Delancey Street (115-119 Camden High Street).  The development also includes three social rented homes.

When it opens, the hotel will be Whitbread’s second hub by Premier Inn hotel in the London Borough of Camden and is expected to employ approximately 35 new team members with recruitment focused in the borough.

While most people in the UK are familiar with the Premier Inn brand, hub by Premier Inn hotels are a different concept and to date there are just 13 in the UK – all in prime city locations. The hotels feature ‘compact’ bedrooms, enhanced by useful technology such as Smart TV’s and clever lighting, and a through-the-day light touch ‘Lounge’ dining and quality bar offering.

So far Whitbread operates ten hub by Premier Inn hotels across London, with a further six sites (including Camden High Street), either under construction or in the planning process.  The Camden High Street hotel is the first to be designed alongside two social rented residential properties.

“Securing a premises license for our first hub by Premier Inn hotel in Camden is an important milestone for the development. We’re working hard to agree the final details of the planning permission with Camden Council and all being well we hope to commence the demolition of the former Sports Direct store this autumn.  We can’t wait to have a presence in Camden Town and start delivering the long-term benefits our hub hotels bring.”

Whitbread currently operates six Premier Inn and hub by Premier Inn hotels in the London Borough of Camden (995 rooms in total).  The hotels employ 240 people and accommodate more than 560,000 leisure and business visitors to the borough each year, creating £31 million in leisure visitor expenditure per year.

Based on the predicted occupancy of its hub hotels, Whitbread estimates that close to 40,000 guests will stay at the hub by Premier Inn at Camden High Street every year.

“hub by Premier Inn hotels are designed for the most exciting and well-connected locations in the city, like Camden Town.  All hub hotels have a light touch ‘Lounge’ F&B offer as we know many guests of hub hotels want to experience the local area by eating and drinking out when they stay. In this way, our new hub by Premier Inn on Camden High Street will bring economic benefits to Camden Town as our guests go out and enjoy Camden’s restaurants, bars and unique culture and attractions.”

Camden Council’s Licensing Panel A granted the premises licence for the Camden High Street hub by Premier Inn on Thursday 6th August 2020.  The licence allows the sale of alcohol to guests and other users of the hotel during prescribed hours (at a minimum between 11am and 10.30pm).

Premier Inn was named the UK’s top-rated hotel chain for 2018 according to Which? With more than 800 hotels and over 78,000 Premier Inn rooms across the UK and Ireland, Premier Inn guests are never far from a great night’s sleep at fantastic value rates.

Premier Inn hotels are in more locations than any other UK hotel brand for the ease and convenience of leisure and business travellers alike.

Outside of the UK Premier Inn is expanding rapidly in Germany with nineteen trading hotels and an open and committed pipeline of almost 10,000 bedrooms across 52 hotels. By the end of 2020 Whitbread expects to operate a total of 20 Premier Inn hotels across Germany.