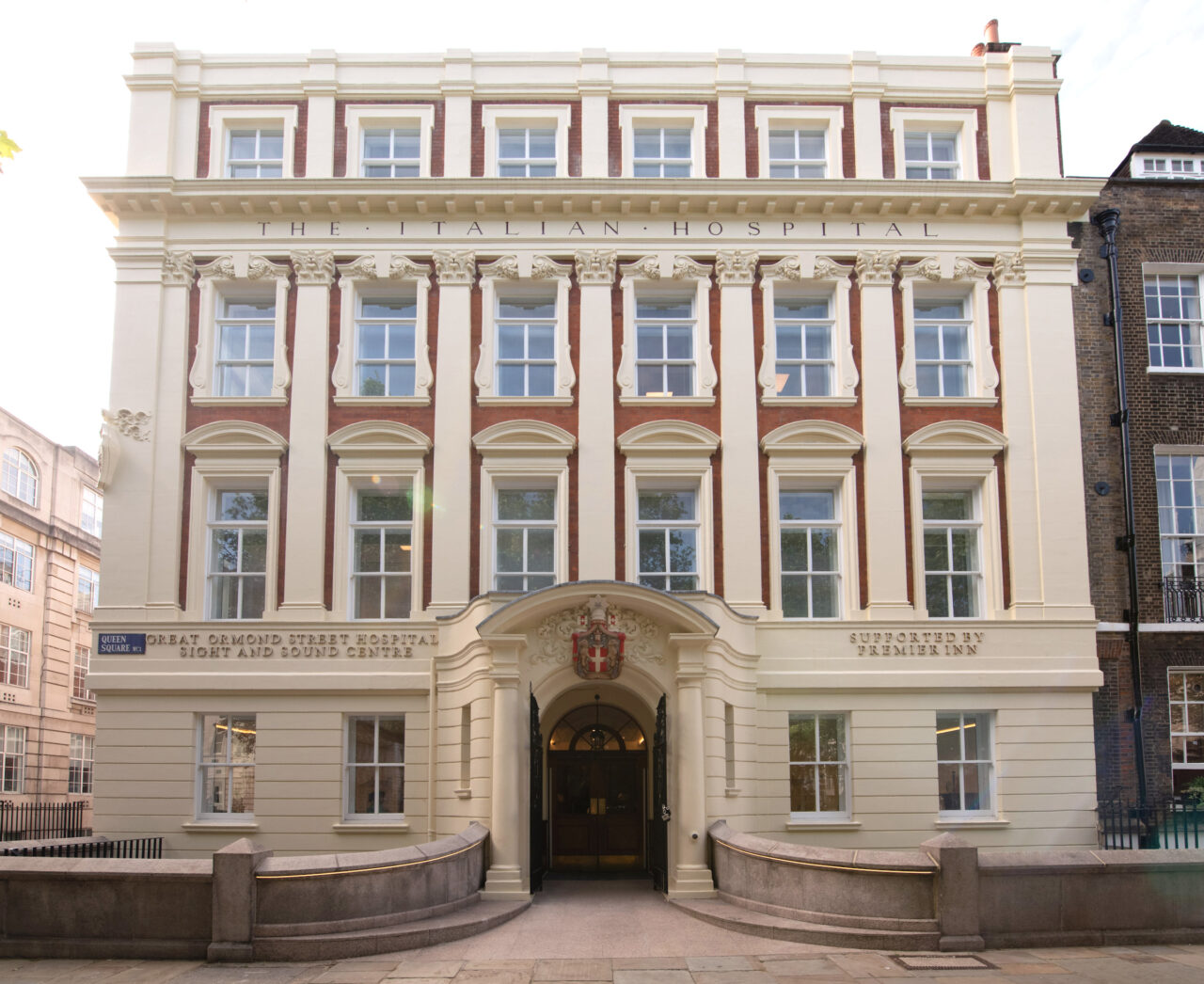 Britain’s biggest hospitality company has proudly been raising money for GOSH Charity as part of its Force for Good corporate responsibility programme since 2012, in what is believed to be one of the UK’s longest-standing corporate charity partnerships.

The continuation announcement is extra-special, coming in the ten-year anniversary since the partnership began.

The next chapter of the partnership, which was secured following a competitive three-way pitch, will focus on transforming children’s cancer care.

Since partnering with GOSH Charity a decade ago, Whitbread, which comprises Premier Inn and its restaurants business, has raised over £20 million for the hospital which has been spent on supporting seriously ill children from across the UK who travel to GOSH for specialist treatment.

The 240-bed Premier Inn Clinical Building was opened by Her Royal Highness the Duchess of Cambridge in 2018, replacing outdated hospital wards, some of which dated back to the 1930s. A global centre of excellence in childhood medicine, it provides bright, modern wards affording more space, privacy and comfort for children and their families and allows parents to stay comfortable with their child overnight while they are being cared for.

The GOSH Sight and Sound Centre supported by Premier Inn, opened its doors to welcome its first patients in June 2021. The UK’s first dedicated medical facility for children with sight and hearing loss, the centre, which is celebrating its first anniversary, has treated thousands of children in its first year alone.

Simon Ewins, Managing Director Premier Inn & Restaurants said: “Our longstanding relationship with GOSH Charity is an important part of our Force for Good strategy and, as one of the UK’s longest-standing charity partnerships, is an immense source of pride. This life-changing partnership has seen the opening of the Premier Inn Clinical Building and the Sight and Sound Centre supported by Premier Inn. Each and every individual act of ingenuity and generosity from our teams, suppliers and guests has added up to something truly phenomenal. We cannot wait for the next chapter”.

Mat Shaw, Chief Executive at GOSH says: “The very fabric of our hospital owes so much to the fundraising efforts of so many people across the Premier Inn & Restaurants business as well as its guests, and the impact can clearly be seen in the two outstanding clinical facilities the partnership helped us to create. On behalf of the children, families and staff at GOSH, I’d like to say thank you to everyone at Premier Inn for your ongoing support.”

Louise Parkes, Chief Executive at GOSH Charity says: “We’re so excited to begin this new chapter of our sector-leading partnership with Premier Inn & Restaurants. The dedication and support from team members, customers and suppliers has been second-to-none over the last ten years, and that energy and enthusiasm is utterly inspiring to see. With some transformational projects on the horizon, we cannot wait to continue our partnership, and deliver life-changing impact for the UK’s most seriously ill children.”

Money for the world-leading facilities has been raised in a variety of ways by Whitbread teams, suppliers and guests as well as ancillary partnerships. Hotel and restaurant teams have been tirelessly raising money for GOSH  Charity, hosting everything from bake sales to sponsored ‘lie-ins’, extreme bike rides, triathlons, sky-dives and everything in between. One particularly ingenious team member even raised hundreds of pounds by giving up bacon butties for a month. Guests have the opportunity to donate when they book a room at premierinn.com as well as by choosing to round up their restaurant bill. Creative partnerships include an umbrella hire scheme which sees a percentage of profits donated to GOSH Charity.

Further detail of the new partnership plans will be revealed in due course.