Whitbread secures a UK hotel deal each fortnight in 2017 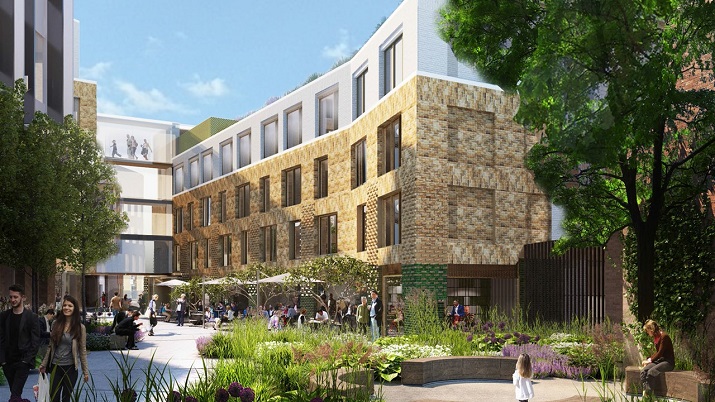 Whitbread struck deals for 31 new Premier Inn hotels in the UK last year, with more than one deal signed every fortnight in the 2017/18 financial year.

These deals have contributed a further 4,300 Premier Inn bedrooms to Whitbread’s secured development pipeline.  In London Whitbread secured seven new hotel sites, six of which are in prominent locations in zones one and two.

Outside of the capital, new sites have been added across the country including in core cities such as Cambridge, Oxford, Edinburgh and Brighton.  Deals have also been signed to bring Premier Inn hotels to Brecon, the Isle of Man and Porthmadog, on the border of Snowdonia National Park, for the first time.

Progress has also been made expanding into new markets, such as the Republic of Ireland, where the business is focusing on establishing Premier Inn in the Irish market over the coming financial year, with Dublin the key location.

“From city centres to national parks, we’ve secured a fantastic range of sites across the UK this year in the best locations. The pace at which we are doing deals demonstrates how active we are across the country and we plan to build on this momentum, targeting a similar number of Premier Inn and hub by Premier Inn bedrooms in the 2018/19 financial year.

“Premier Inn is a strong growth business, backed by the Whitbread covenant, and we have an ambitious and innovative real estate strategy.  We secure deals on both a freehold and leasehold basis, demonstrating our flexibility and versatility in the market, and we are always looking at new ways to recycle capital and unlock value from our existing portfolio through smart deals, such as the forward funding deal for the new hub by Premier Inn in Shoreditch, East London.”

Whitbread’s financial year ran from March 2017 to February 2018. In its Preliminary results presentation (25th April 2018), the business confirmed it has more than 14,700 Premier Inn and hub by Premier Inn bedrooms in its committed pipeline and expects to achieve its target of 85,000 bedrooms by 2020.

The image supporting this release is the consented 274-bedroom Premier Inn hotel at New Marlborough Yard, off The Cut in Southwark, London.  Planning permission for the hotel was secured by Frogmore, the development partner for the site, in April 2018. The image is courtesy of Dexter Moren Associates, the project architect.

Premier Inn was named the UK’s top-rated hotel chain for 2017 according to Which? With 785 hotels and more than 72,000 bedrooms across the UK and Ireland, Premier Inn guests are never far from a great night’s sleep at fantastic value rates. Premier Inn hotels are in more locations than any other UK hotel brand for the ease and convenience of leisure and business travellers alike.

Outside of the UK, Premier Inn’s expansion plans are focused on two key markets; Germany and the Middle East, with plans to expand in Ireland.   Premier Inn opened its first hotel in Frankfurt in 2016 and the business has 5,500 Premier Inn bedrooms in its secured pipeline in Germany.