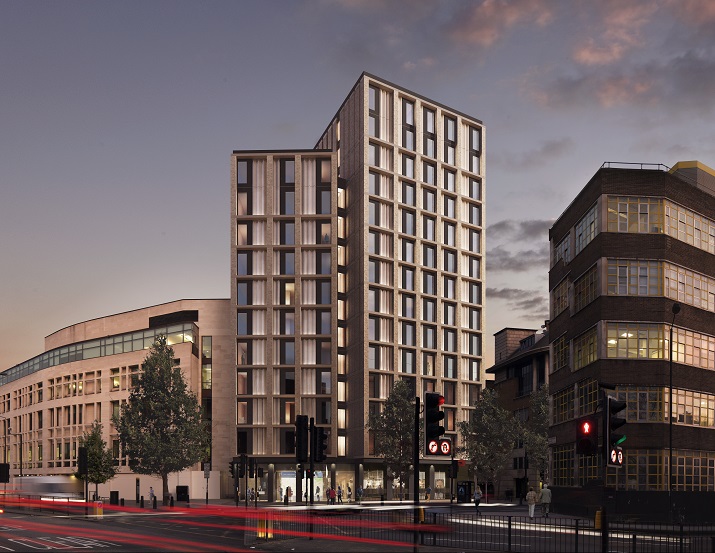 Whitbread, the owner of Premier Inn, has secured planning permission for a 294-bedroom hub by Premier Inn hotel at 191 Old Marylebone Road in Marylebone, London NW1.

Granted by LB Westminster (Tuesday 26 June), the decision unlocks a major redevelopment of a site that Whitbread purchased freehold in 2016.

191 Marylebone Road is just a few minutes’ walk from both Marylebone and Paddington mainline stations and adds another Zone 1 hotel into Whitbread’s expanding portfolio in a key growth market for both the Premier Inn and hub by Premier Inn brands.

The new hub by Premier Inn at Marylebone is expected to open in 2021, generating approximately 60 new jobs.  There are currently seven hub by Premier Inn hotels open and trading in London with a further seven in planning or construction.

Owen Ellender, Development Manager for Whitbread, said: “We’re investing in building our hub by Premier Inn brand across London and this site in Marylebone where two transport hubs meet is the ideal location.  This project demonstrates Whitbread’s capability to deliver on effective real estate deals, purchasing assets freehold and securing hotel consents.  The flexibility to do the right deal for the best sites is what marks Whitbread out and 191 Old Marylebone Road is an excellent example of this approach in action.”

191 Marylebone Road is a former 54,000 sq ft office building which Whitbread purchased (freehold) for £31.25m with vacant possession.  Whitbread will regenerate the site for a 13-storey hotel use with a ground floor café in line with the hub by Premier Inn brand.

Derek Griffin, Head of Acquisitions – London and South & East England for Whitbread, said: “Whitbread’s property strategy enables the business to invest in both freehold and leasehold sites in order to secure the best locations and the best returns on capital invested.  The 191 Old Marylebone Road scheme is a prime example of Whitbread identifying a location, taking informed planning risk on a change of use, and bringing an excellent new site into the operational hub by Premier Inn portfolio.”

The decision was made by LB Westminster’s Planning Applications Sub Committee – the Committee resolved to grant the application subject to the agreement of a Section 106.

Two new hub by Premier Inn hotels are scheduled to open in central London during the financial year 2018/19 at Berwick Street, Soho and at Bank in the City.

A CGI is available – please contact Camargue (as below)

Premier Inn was named the UK’s top-rated hotel chain for 2017 according to Which? With 785 hotels and more than 72,000 bedrooms across the UK and Ireland, Premier Inn guests are never far from a great night’s sleep at fantastic value rates. Premier Inn hotels are in more locations than any other UK hotel brand for the ease and convenience of leisure and business travellers alike.

Outside of the UK, Premier Inn’s expansion plans are focused on two key markets; Germany and the Middle East, with plans to expand in Ireland.   Premier Inn opened its first hotel in Frankfurt in 2016 and the business has 5,500 Premier Inn bedrooms in its secured pipeline in Germany.