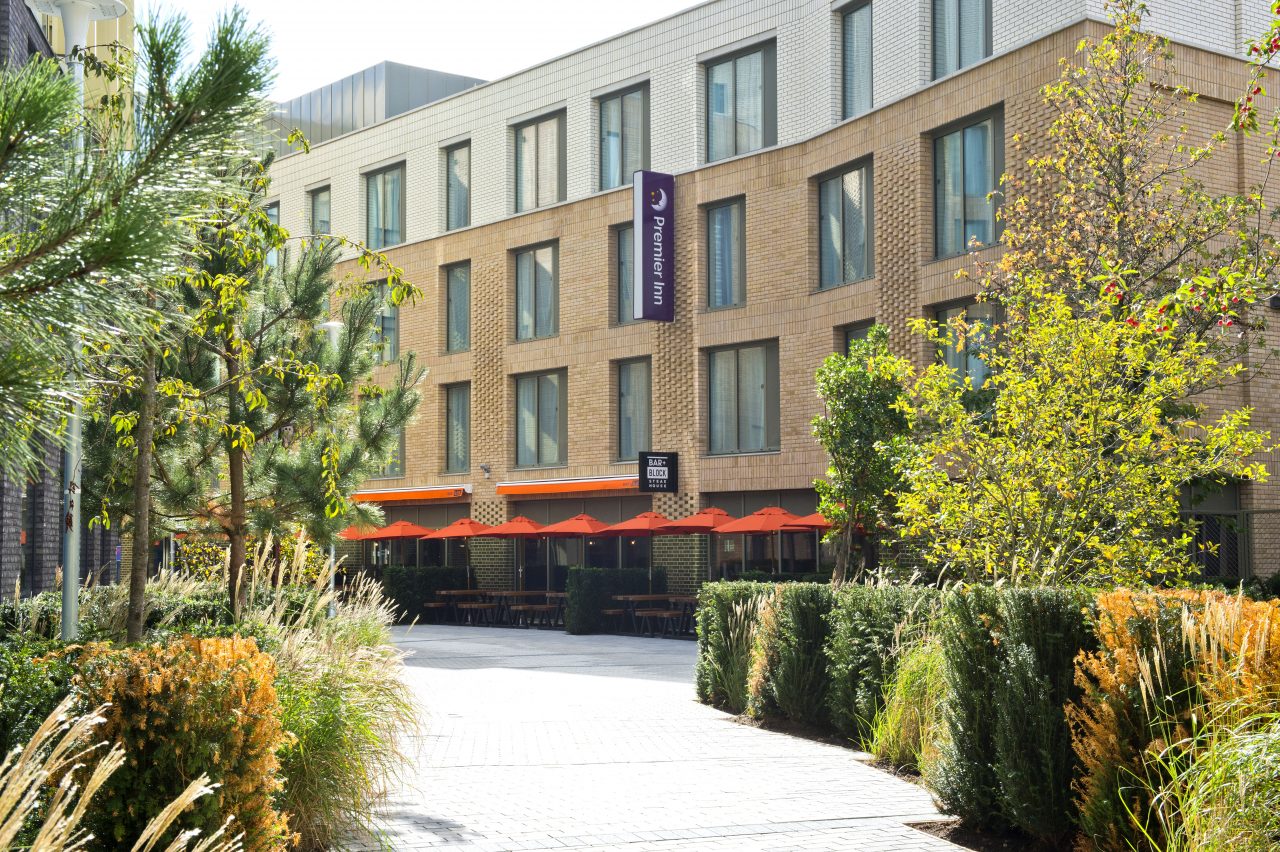 Whitbread has reaffirmed its expansion plans for London and is projecting strong long-term demand for its Premier Inn and hub by Premier Inn hotel brands.

The UK’s largest hotel business has today (3rd December) opened its new London flagship hotel – a 274-bedroom Premier Inn and Bar + Block restaurant off The Cut in Southwark, SE1. Working with partner Frogmore, Whitbread has also created a new public park and courtyard for the community to enjoy, as part of the development.

Whitbread is continuing its network growth in strategic parts of the capital where its brands are under-represented and where it remains confident of the long-term demand for hotel bedrooms.

“Premier Inn has a bright future in London and this latest opening is testament to our confidence in the city, the market, and our product.

“Covid-19 has impacted the hospitality industry in the short-term. But our long-term strategy remains to grow, to be ambitious about securing the best sites in strategic locations, and to identify outstanding opportunities where we know there will be demand for our bedrooms.

“Our new opening at The Cut in Southwark is an excellent example and will be an important destination for leisure and business visitors for years to come. We’re looking to secure more locations like this in 2021 and have live requirements for new hotels in similar locations across London.”

The new hotel, trading as Premier Inn Southwark (Southwark Station), sits between Ufford Street and The Cut in Southwark. It is located just 100m from Southwark underground station, a five-minute walk from Waterloo station and near to a range of theatres, bars and restaurants.

The hotel consists of two hotel buildings connected via a glass bridge and a Bar + Block restaurant – Whitbread’s latest restaurant brand – is located on the ground floor with outdoor seating. The development was designed to achieve a BREEAM ‘Excellent’ rating.

“We have created something special at The Cut. It’s a fantastic location for a hotel and working with Whitbread, and a brilliant design and development team, we have created a new building that challenges perceptions about what branded hotels can deliver in central London.

“The hotel looks fantastic, it gives back to the community through a new accessible open space, and it has created a secure income stream to clients of LaSalle Investment Management who purchased the investment from us. It shows what can be achieved through effective partnering and I’m extremely proud of what we have created.”

A short video telling the story of the development and featuring interviews with Jonathan Langdon and Jo Allen, alongside the architectural team at Dexter Moren Associates who designed the building, is available here.

• Bar + Block is an all-day dining steakhouse which combines a destination restaurant with a welcoming bar. The London Southwark restaurant is the 4th Bar + Block to open in the capital and the 16th restaurant nationwide. More information on the brand can be found at www.barandblock.co.uk.

Outside of the UK, Premier Inn’s expansion plans are focused on Germany where the business is seeking to be the number one budget hotel operator. At the time of its interim results (27th October 2020) Whitbread had an open and committed pipeline of more than 10,000 Premier Inn rooms across 53 hotels in Germany – increasing to 12,000 rooms following the completion of the acquisition of 13 hotels from the Centro Hotel Group.