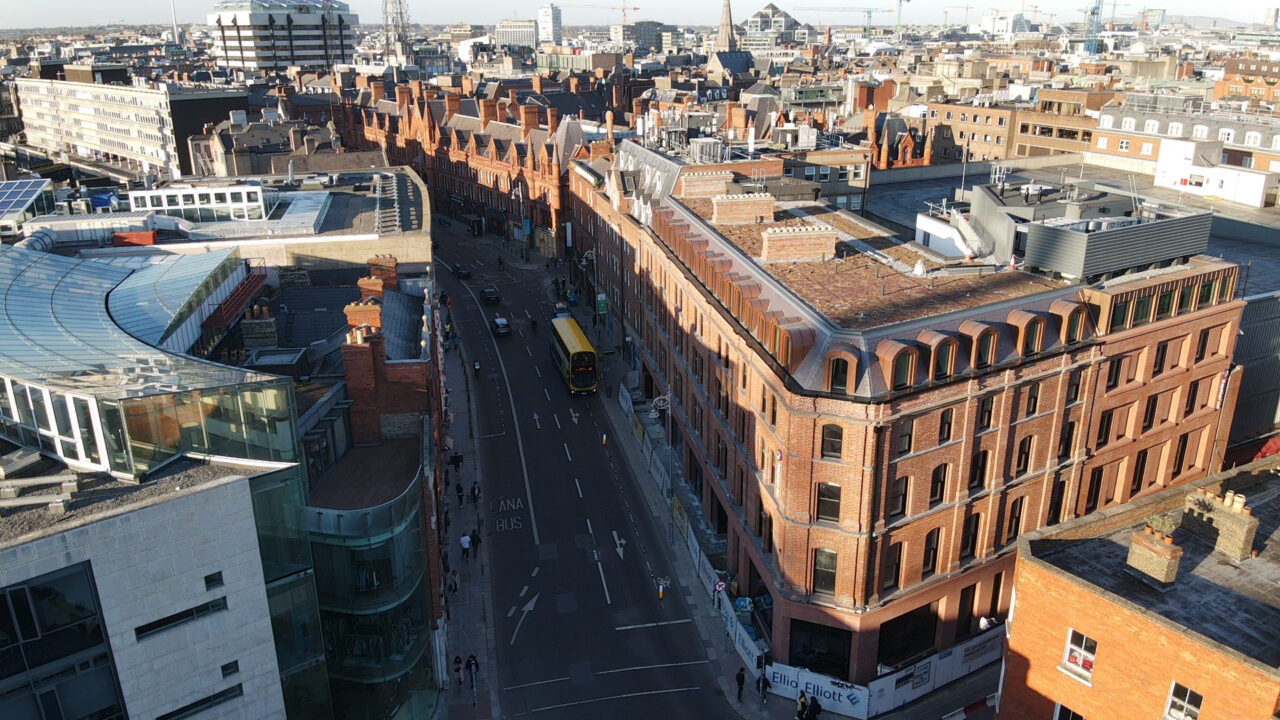 Whitbread, the owner of Premier Inn, the UK’s largest hotel business, is pressing on with its expansion plans in Dublin city centre with three of its five pipeline hotels currently under construction.

The company is targeting 2,500 Premier Inn hotel rooms in Dublin as it responds to a recognised undersupply of branded budget hotel accommodation in the city.

A 97-bedroom Premier Inn on South Great George’s Street will be the first of Premier Inn’s city centre hotels to open when it welcomes guests this autumn.  New Premier Inn hotels at Gloucester Street (113-bedrooms) and Newmarket (151-bedrooms) in the city will follow in 2022 and 2023 respectively.

Other secured locations for Premier in Dublin city centre include a flagship 262-bedroom docklands hotel at Castleforbes, with developer Glenveagh PLC, and a 206-bedroom freehold development at Jervis Street.  A 187-bedroom Premier Inn hotel at Morrison Quay in Cork is also planned.

“We see enormous potential for Premier Inn in Dublin and it feels great to be on site and working closely with our development partners to progress our pipeline of city centre hotels following the return to full construction activity in early May.  With a gradual easing of lockdown measures planned for the summer, and our first hotel in Dublin city centre opening this autumn at South Great George’s Street, I am hopeful we will be able to explore new locations for Premier Inn in the city and grow our network in Dublin further.”

“With five pipeline sites now secured, the scale of Premier Inn’s investment in Dublin represents a major vote of confidence in the capital. With visitors from the UK and Irish domestic travellers set to be particularly important demand sources for Dublin in the coming years, the strength of the Premier Inn brand and its value proposition will ensure it outperforms the market”.

The expansion of Premier Inn in Ireland is part of Whitbread’s strategy of growing its hugely popular Premier Inn brand internationally.

Alongside its investment in Ireland, Whitbread is expanding Premier Inn rapidly in Germany where it has a network of 72 Premier Inn hotels (trading and in the secured development pipeline) and sees the potential for 60,000 Premier Inn rooms across the country.

In the UK, Whitbread continues to expand its estate of Premier Inn and hub by Premier Inn hotels with between 2,000 and 3,000 new rooms committed to open this financial year as the company seeks to gain market share and capitalise on the recovery opportunity.