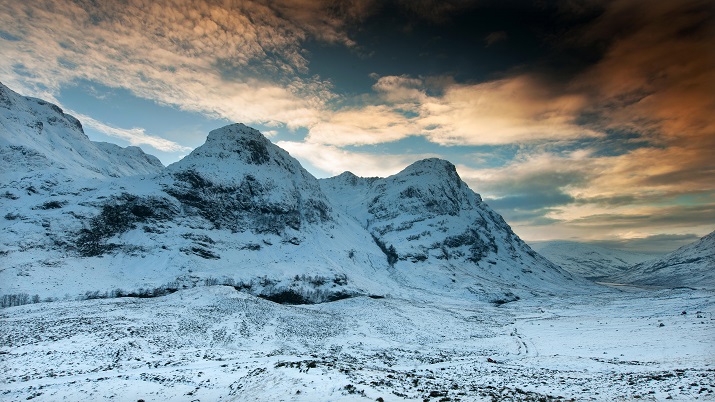 Winter is coming, as one of the most popular television series to ever grace our screens, Game of Thrones, reaches its finale. With over 800 hotels across the UK, Premier Inn has compiled a must-visit list for any Games of Thrones fan interested in discovering the real-life inspirations behind the show.

Where better to start than The Wall. George R.R. Martin has openly said the inspiration for The Wall came from a visit to Hadrian’s Wall, and it isn’t difficult to see why. Hadrian’s Wall was built by the Romans to defend against threats from the north, similar to the Night’s Watch who guard The Wall against the Free Folk and worse threats from the Land of Always Winter.

Much of Hadrian’s Wall survives today and stretches 73 miles across Tyne and Wear, Northumberland and Cumbria, making for some fantastic walking trails.

The Red Wedding: The Massacre of Glencoe

The Red Wedding feels too barbaric to be real, but it was actually inspired by two real-life events. The first, The Massacre of Glencoe, happened in 1691. 120 of King William of Orange’s men stayed with the MacDonalds in Glencoe, claiming they needed shelter from the cold. After two weeks of hospitality, William’s men murdered their hosts, killing 38 MacDonald men and driving 40 women and children out into a blizzard.

A grisly history indeed, but today Glencoe includes some of the most stunning scenery in the United Kingdom, it’s well worth the hike.

The Red Wedding: Edinburgh Castle and The Black Dinner

The second inspiration for the Red Wedding was the ‘Black Dinner’ of 1440. The Earl of Douglas and his younger brother were invited to dine with the 10-year old King James II at Edinburgh Castle. A seemingly friendly invite, but the young king’s chancellor (or Hand in Games of Thrones terms) was fearful of the Douglas clan. Halfway through the meal a bull’s head was dropped on the table – a symbol of death. The brothers were promptly dragged out and beheaded.

In 2019, Edinburgh Castle is one of Edinburgh’s biggest tourist attractions, and a must-visit for fans of the show’s aesthetic.

The Wars of the Roses were key sources of inspiration for A Song of Ice and Fire – it’s easy to see the similarities between the English civil wars fought by the House of Lancaster and the House of York and those fought by the Lannisters and the Starks.

Fan-favourite Tyrion Lannister shares many characteristics with the 15th century king, Richard III. Just like Tyrion, Richard III, who had a slight hunchback, was ridiculed for the way he looked – and also framed for murdering his nephews.

The Night’s Watch: The Knights Templar and Temple Church

The Night’s Watch are inspired by the Knights Templar, a Catholic military order with a similar code and set of oaths. The Knights Templar had 72 clauses that defined their way of life, from what to wear to what to eat, and how they were forbidden from any physical contact with a woman.

Knights Templar landmarks can be found across the globe. In the United Kingdom, however, the Temple Church in London was their English headquarters, and today remains a beautiful place to visit, especially if you’re looking for a little escape from the hustle and bustle of the city.

Pick any Game of Thrones Battle (minus ones with dragons): The Battle of Bosworth

From the Battle of the Blackwater to the Battle of the Bastards, Game of Thrones is full of epic clashes, which are undoubtedly inspired by battles that took place during the Wars of the Roses. The Battle of Bosworth was effectively the conflict that ended the war between the Yorks and the Lancasters.

In 1485 around 17,000 men fought for the throne, and you can learn more about their stories at the Bosworth Battlefield Heritage Centre in Leicestershire.

With over 800 hotels across the country, exploring these iconic places is easy when you book direct with Premier Inn.