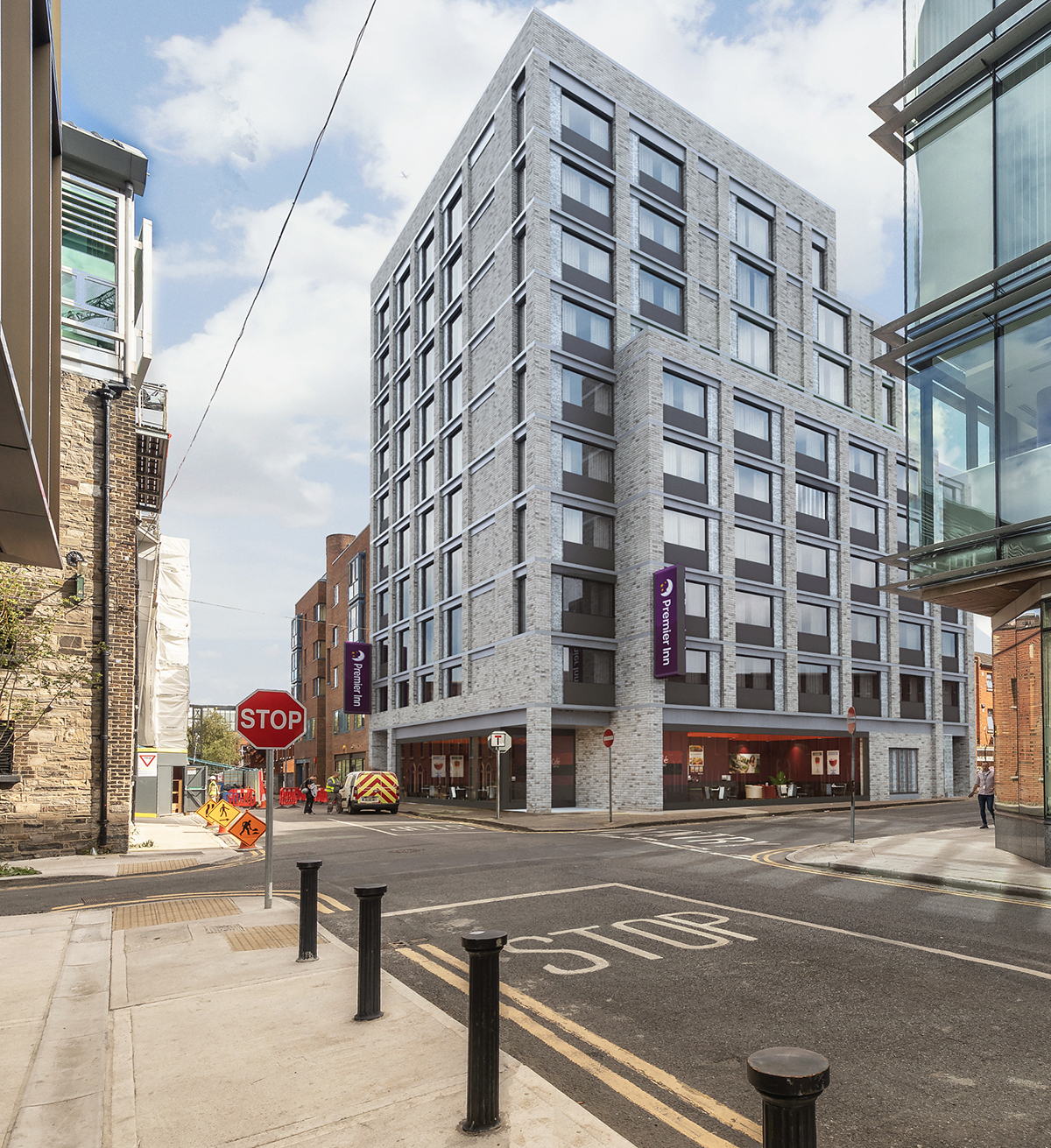 The prime site on Gloucester Street in Dublin 2, which will be redeveloped into a 108-bedroom Premier Inn hotel, increases Premier Inn’s secured development pipeline in the city to more than 630 bedrooms, and 830 hotel rooms across Ireland.

Premier Inn is expanding rapidly into Ireland as it grows its presence from a single trading hotel at Dublin Airport to 2,500 rooms in Dublin, with the potential for significant growth nationwide.

Commenting on the acquisition, Kevin Murray, Head of Acquisitions for Premier Inn in Ireland, said:

“Our ambition is for Premier Inn to be the number one budget hotel chain in Dublin and across Ireland. We are investing strategically to secure the top locations that Premier Inn is known for and Gloucester Street, with its proximity to Trinity College and the south Docklands corporate market is exactly the type of location we are looking for. Securing the site is another important milestone for us and we’re actively seeking new freehold and leasehold opportunities across the city as we work towards our target of 2,500 Premier Inn Dublin bedrooms.”

After signalling its intent to expand into the Irish market in 2018, Whitbread has secured 635 Premier Inn rooms in Dublin city centre in four locations – at South Great George’s Street, Jervis Street, Castleforbes Business Park and now Gloucester Street.  The hotels developments, which are a mixture of freehold and leasehold acquisitions, are planned to open from early 2021 onwards.

Premier Inn has also recently secured its first location in Cork, a 183-bedroom hotel as part of the Morrisons Quay regeneration scheme on the banks of the River Lee, which is due to open in 2023.

After growing in Dublin and Cork, Whitbread sees the potential for Premier Inn hotels in other cities across Ireland including Galway, Limerick and Killarney. The business is seeking sites as freeholds, leaseholds, office to hotel conversions as well as going concern purchases.

Dan O’Connor, Executive Vice President of Hotels and Hospitality at JLL, who has been working with Whitbread on its expansion in Ireland added:

“We are delighted to once more advise Whitbread on another pre-let deal, this time in core Dublin 2 and on a rare south docklands site. The site is conveniently located amongst leading office schemes, including Georges Quay, Georges Court and Riverview House and is just minutes’ walk from Dublin’s IFSC. By year end, we expect to have secured over 800 new Premier Inn rooms in the capital and over 1,000 new rooms nationwide.”

“It has been a pleasure working with Whitbread and their wider team. We look forward to delivering a high specification 10 storey hotel for Whitbread on one of the last remaining development sites in the South Docks and adding a new landmark building to the Dublin City skyline.”