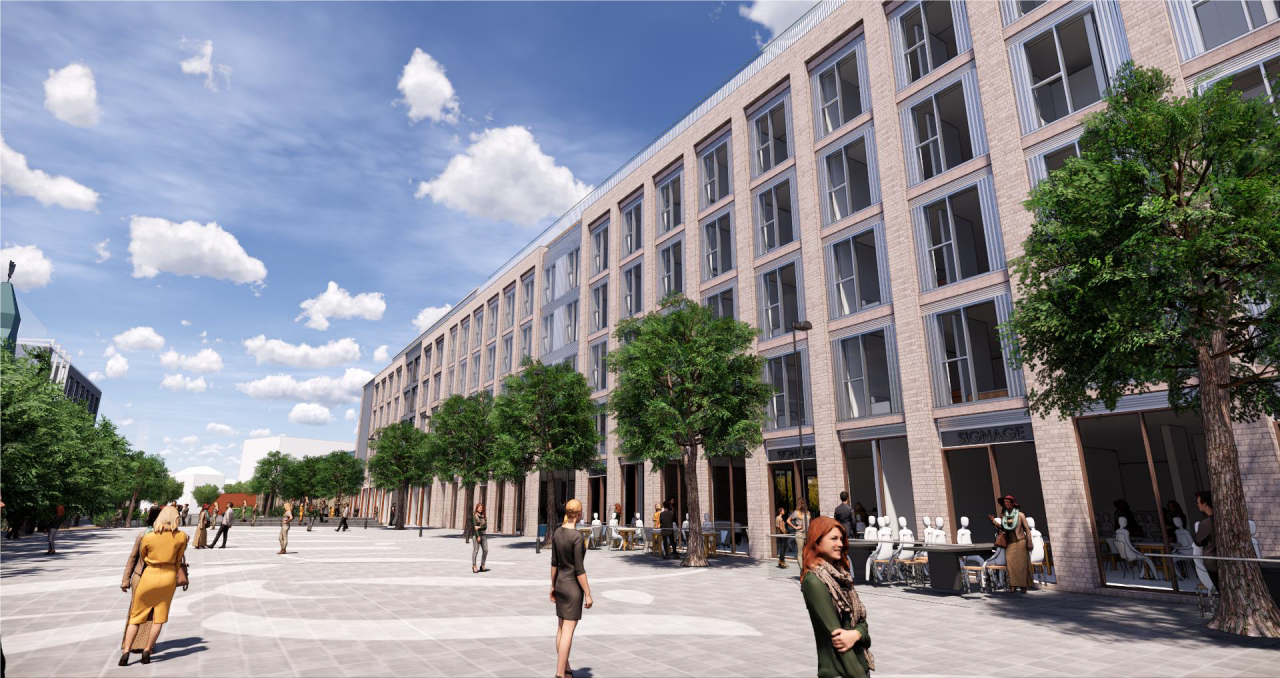 Whitbread Plc, the owner of the Premier Inn hotel chain, is continuing to gain momentum in its expansion into Ireland with the announcement of its sixth site and the appointment of a dedicated Development Manager.

Working with Bain Capital Credit, Whitbread has secured a site for a 151-bedroom Premier Inn hotel in the Distillery Quarter at Newmarket Square, Dublin 8.  This deal increases the business’ secured development pipeline in Ireland to more than 1,000 bedrooms.

“Securing the Newmarket site and reaching over 1,000 bedrooms in the pipeline is a significant landmark for us as we aim to be the number one budget hotel chain in Ireland.  The site is within an exciting regeneration area and we’re confident it will trade strongly being right across the street from the Teeling Whiskey Distillery and within walking distance of the Guinness Storehouse, St Patrick’s Cathedral and Christchurch.”

The news comes as Whitbread appoints Matt Gent as the new Development Manager for Ireland, to drive forward the business’ growth across the country.  Matt takes up his role this month following five years as a Project and Programme Manager with Whitbread in the UK and several years’ experience prior to joining Whitbread including roles at JLL and Gardiner + Theobold.

“This is an incredibly exciting time to join the Ireland team and I’m looking to hit the ground running and continue our rapid expansion.  Dublin remains an important market for us as we look to secure 2,500 rooms across the city, but we’re also looking beyond the capital and have live requirements in other popular leisure and business destinations, such as Cork, Galway, Limerick and Killarney.”

“We are very pleased to be partnering with Whitbread to bring a 151-bedroom Premier Inn hotel on stream at Newmarket Square in what is a historic and regenerated part of Dublin. As a multi-sector investor deploying capital efficiently and at scale, we fundamentally believe in the potential of the Irish hotel real estate market and in the inherent sustainability of Dublin’s thriving tourist economy.”

Premier Inn is expanding rapidly into Ireland with a requirement for 2,500 rooms in Dublin city centre, with the potential for significant growth nationwide in locations including Cork, Galway, Limerick and Killarney.  The business is seeking sites as freeholds, leaseholds, conversions as well as going concern asset purchases.

Bain Capital Credit (www.baincapitalcredit.com) is a leading global credit specialist with approximately $41 billion in assets under management. Bain Capital Credit invests up and down the capital structure and across the spectrum of credit strategies, including leveraged loans, high-yield bonds, distressed debt, private lending, structured products, non-performing loans and equities. Our team of more than 200 professionals creates value through rigorous, independent analysis of thousands of corporate issuers around the world. In addition to credit, Bain Capital invests across asset classes including private equity, public equity and venture capital, and leverages the firm’s shared platform to capture opportunities in strategic areas of focus.