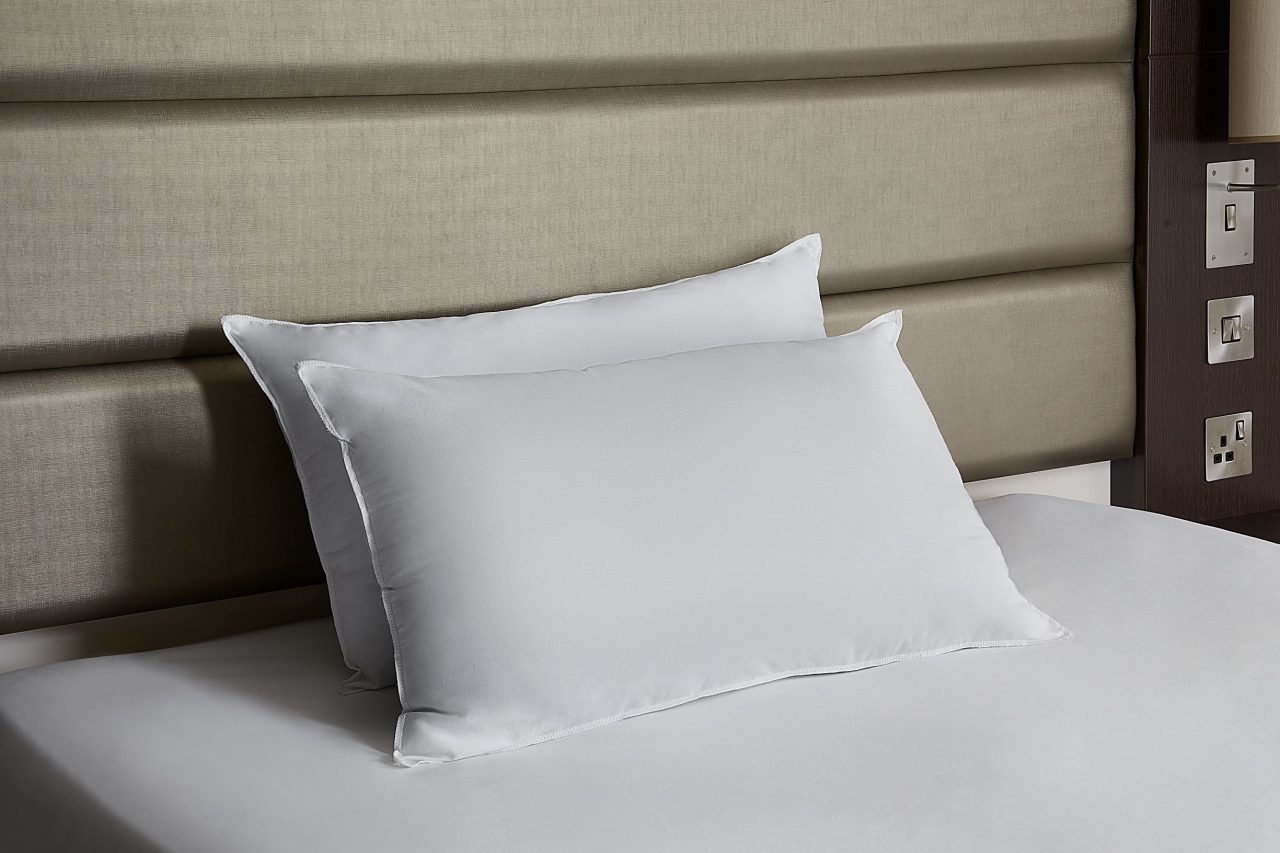 Bosses at Britain’s biggest hotel chain are hoping they can rest assured its latest innovation will prove a hit with people wanting some quality shut-eye across the UK.

For the first time in its history Premier Inn, the budget hotel company famous for its’ promise of a ‘Good Night Guarantee’, is selling its pillows alongside its famous Hypnos® bed. The move comes as the hotel company upgrades every single pillow across its 800-strong hotel estate to introduce what it describes as it’s ‘best-ever’ pillow.

The company’s biggest ever pillow-replacement scheme has seen almost half a million pillows replaced with new and improved products, with every room fitted with a choice of brand new soft and firm options, which are now also available to buy online.

Sold in pairs and featuring a quilted cover protector for an extra-special layer of comfort, which is zipped at one end for easy care, the pillows are available in firm or soft versions to suit every sleeper.

Made from blown hollow fibre, the pillows are lightweight and breathable, while clever design of their hypo-allergenic fibres makes them easy to plump to perfection.

Premier Inn – the biggest hotel company in the UK – is seen by many as the undisputed expert in sleep – selling tens of millions of nights every year.

Sarah Simpson, Head of Product at Premier Inn said: “Our business is sleep and we help tens of millions of people have some heavenly shut eye every year so we couldn’t be more thrilled to launch our best-ever pillows in all our hotels’ across the UK. Our famous Hypnos® bed is already available to buy online so it makes absolute sense people can now also buy pillows to replicate that unbeatable Premier Inn sleep at home”.

To celebrate the pillow launch Premier Inn is launching the UK’s first Pillow Fight Club, as a fun means of using old stock. Pillows, which are sold for £25 per pair are available for sale at www.premierinn.com/pillows where its famous Hypnos® bed is also available to purchase.

Premier Inn was named the UK’s top-rated hotel chain for 2018 according to Which? With over 800 hotels and more than 76,000 rooms across the UK and Ireland, Premier Inn guests are never far from a great night’s sleep at fantastic value rates. Premier Inn hotels are in more locations than any other UK hotel brand for the ease and convenience of leisure and business travellers alike.

Across the estate, the average Trip Advisor score for Premier Inn hotels is 4.2. Premier Inn has been awarded the Best UK Family Hotel in the TripAdvisor Travellers’ Choice Awards, Best UK Hotel Group in the Silver Travel Awards and the Business In The Community Environmental Leadership Award. In 2018 Premier Inn was also named the UK’s top-rated hotel chain for the fourth year in a row by Which?Great Ormond Street Hospital Children’s Charity is the National Charity partner of Premier Inn and to date team members, guests and suppliers have reached the milestone of £10 million, which formed part of the funding towards the Premier Inn Clinical Building, officially opened by HRH The Duchess of Cambridge in January 2018.