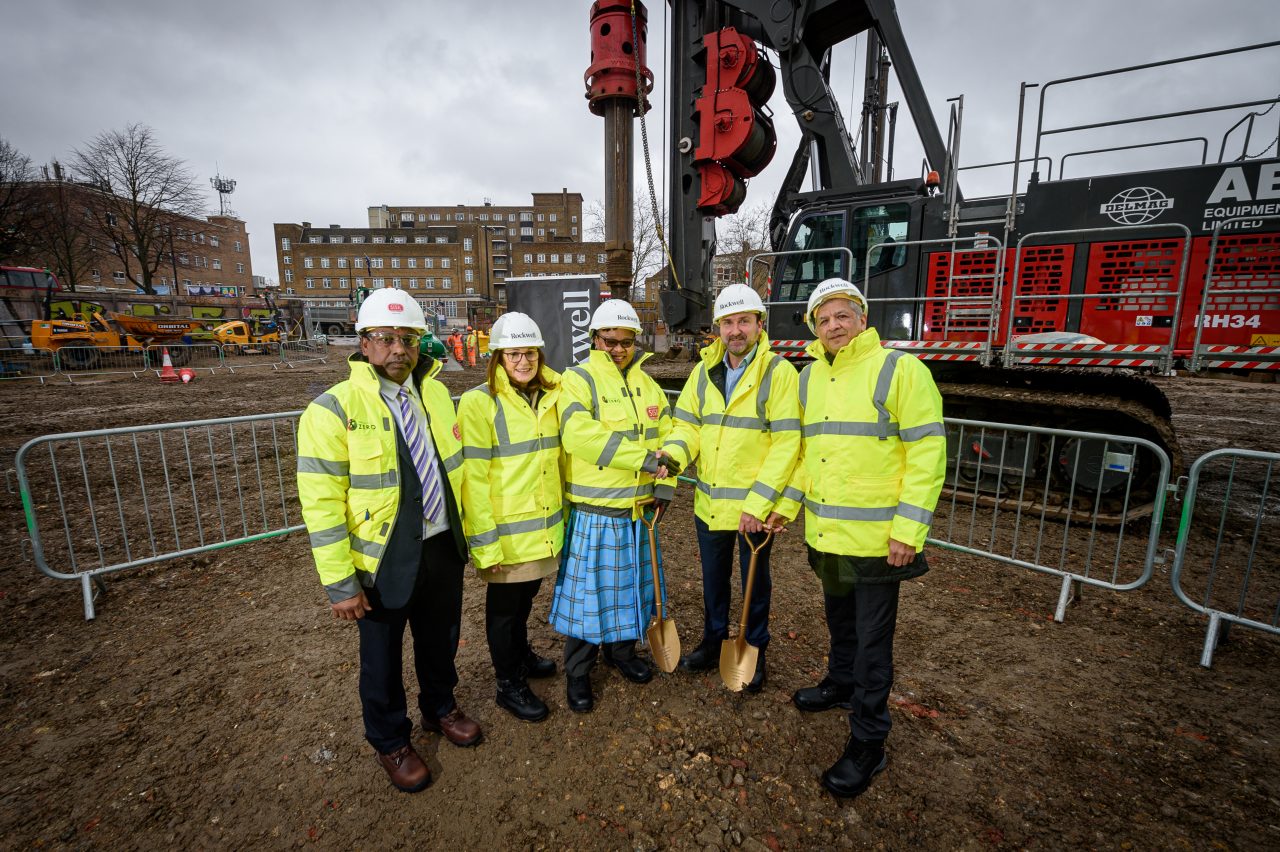 Construction of a mixed-use tower at 82 West India Dock Road has begun – starting work on what will become the largest Premier Inn hotel in Greater London (excluding airport sites) and the tallest Premier Inn across the UK.

The £151 million development adjacent to Westferry DLR station in London is being constructed by Rockwell Developments, a London-focused mixed-use property developer, and includes 66 residential properties, of which 18 will be affordable, within the same building.

The new mixed-use scheme, which sits between West India Dock and Limehouse Causeway, was granted planning permission in October 2018 by the London Borough of Tower Hamlets. John Sisk & Son are the appointed contractors for the development, which is scheduled for completion in early 2022.

Rockwell will create the landmark scheme at Canary Wharf which will also include a restaurant, café, gym facilities and a landscaped pocket park, alongside communal gardens for new residents. Designed by architects SimpsonHaugh, the 30-storey mixed-use development is a gateway to Canary Wharf’s central cluster.

Donal Mulryan, Founder of Rockwell commented: “We are immensely proud to break ground on this landmark building which will be an important asset for the area, providing significant benefits for the local community with the creation of numerous jobs for local people, enhanced public realm and much needed new homes. We look forward to working with our contractors John Sisk & Son to deliver this high-quality hotel-led scheme, and look forward to delivering similar high-quality schemes in the future.”

Louise Woodruff, Property Acquisitions Manager – Outer London, Whitbread Hotels & Restaurants explained: “This is a landmark hotel for us as it will be the tallest Premier Inn in the UK and, aside from our hotels at Gatwick and Heathrow Airports, it will also be our largest in London at 400 bedrooms. It’s great to see construction begin on such a fantastic development which will make a positive contribution to Tower Hamlets by creating local jobs alongside new public areas and affordable homes.”

Ajaz Shafi, Regional Managing Director at John Sisk & Son added: “We are delighted to be working with the Rockwell team on this exceptional project. We have used smart thinking and an innovative approach to the design, planning and delivery of this high rise building on a tight footprint in London. Sisk works in close collaboration with all the key stakeholders to ensure we deliver quality projects, safely, which meet the needs of the community and our client. Our track record in this type of project and our strong supply chain partnerships in the region are key to the successful delivery of this development.”

Louise Woodruff is pictured second from left alongside (working left to right) Councillor Mohammed Ahbab Hossain, the Deputy Leader of the London Borouh of Tower Hamlets; Councillor Victoria Obaze, the Speaker of LB Tower Hamlets; Donal Mulryan, Founder of Rockwell, and Unmesh Desai, the London Assembly Member for the City and East.

Aviva Investors, the global asset management business of Aviva plc, will fund the delivery of 82 West India Dock Road. Whitbread, Premier Inn’s parent company, will take a 30-year lease of the hotel and restaurant, which will become the brand’s largest hotel in central London on opening.

For further images or information on Rockwell please contact:

Rockwell is an agile, versatile and connected property developer with a proven track record of delivering quality development projects across the UK. Founded in 2015 by Donal Mulryan, this fast-moving and adaptable development business has already made a significant market impact, as evidenced by Rockwell’s high-profile investment partnerships, enabling the company to react quickly to new development opportunities.