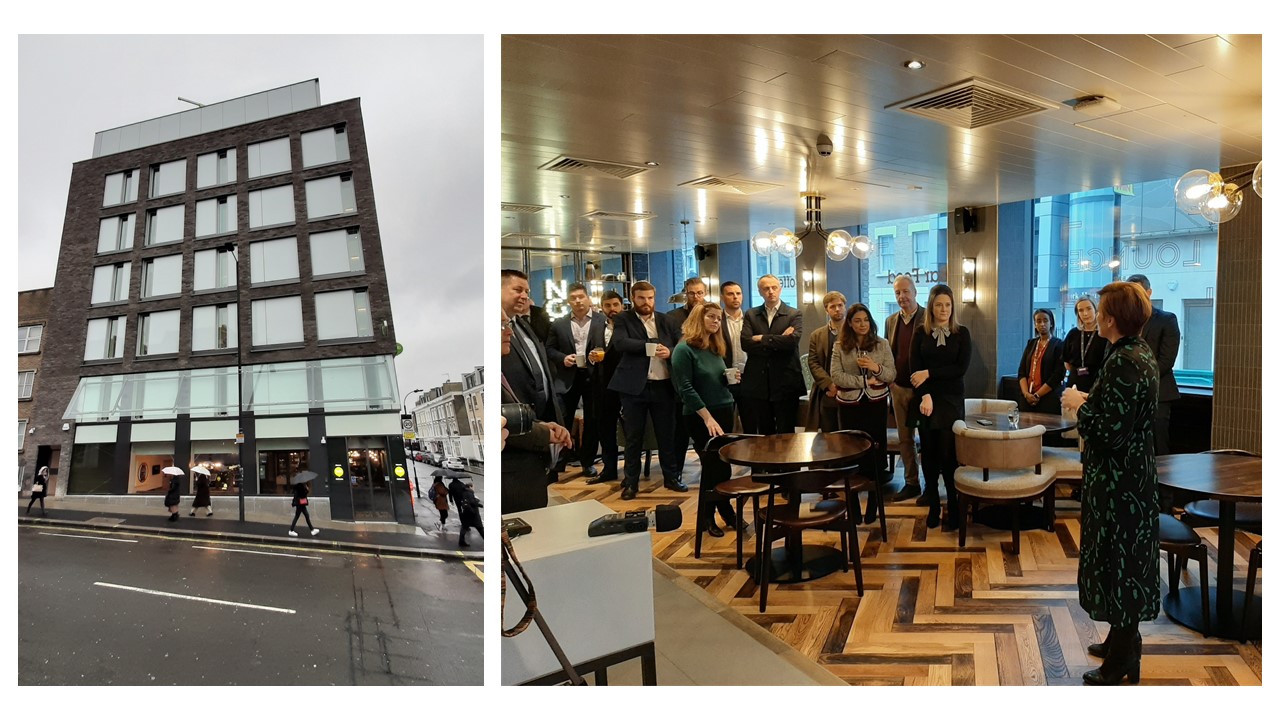 The new 89-bedroom hotel is a landmark opening for Whitbread as it works to expand its network of hub by Premier Inn hotels to other ‘urban village’ locations in London and regional town and cities across the UK.

To celebrate the opening, a launch event was held by Whitbread and its development partner Banham Security on Thursday 23 January which brought together the Mayor and Leader of the London Borough of Hammersmith & Fulham, as well as local businesses and neighbours.

Derek Griffin, Head of Acquisitions in London and the south for Whitbread, said:

hub by Premier Inn West Brompton is located on Lillie Road, adjacent to West Brompton Underground station and opposite the Earls Court development site.  Whitbread committed to a 30-year lease on the completed hotel building, which increases Whitbread’s network of hub by Premier Inn hotels to nine locations across London with a further five locations (more than 900 rooms) on-site or in planning.

Whitbread’s hub by Premier Inn hotels are designed to offer smart, stylish and good value accommodation in the most central and connected locations. The brand features hotels with ‘compact’ bedrooms, enhanced by useful technology such as Smart TV’s and clever lighting. The hotel ‘Lounge’ offers through-the-day light touch dining in a modern space, with a quality bar offering.

The site of the West Brompton hub by Premier Inn was formerly Banham Security’s Alarm Receiving Centre.  It was acquired by the business in 1980 and was where many of Banham’s staff started their careers with the firm.  Banham’s current Managing Director, Martin Herbert, spent an early part of his career working at Lillie Road.

“It has been a pleasure working with Whitbread on building this new hub by Premier Inn.  This site, where the hotel now stands, operated as one of our London premises for many years, hosting our first in house alarm receiving centre. As Banham grew and modernised, we moved our business operations and alarm receiving centre to other premises but retained Lillie Road as part of our property portfolio with a view to develop it in a way that would benefit and enhance the local community.

“We are proud that we were able to partner with Whitbread and redevelop the site as a wonderful new hotel that will make a positive contribution to the West Brompton area for many years to come.”

The hub by Premier Inn employs 23 team members all of whom were recruited through the local Fulham Job Centre and live in the West Brompton / Fulham area.  Approximately half of the new team members work at the hotel part-time, with four front-of-house team members studying at University whilst working at the hotel.

“I welcome Whitbread’s investment in the Borough. I’m pleased to learn that the company has recruited locally to fill the 23 new jobs on offer and some of the new team are working flexibly as they raise a family or study towards a degree. I also understand that some are considering working towards a Whitbread apprenticeship which is fantastic.  I wish everyone all the best – whether as a guest or starting a career in the hospitality industry.”

Whitbread is actively looking for new sites as part of its expansion into London’s urban villages and across the UK and Ireland. A full list of locations Whitbread is targeting in London and nationwide is below: