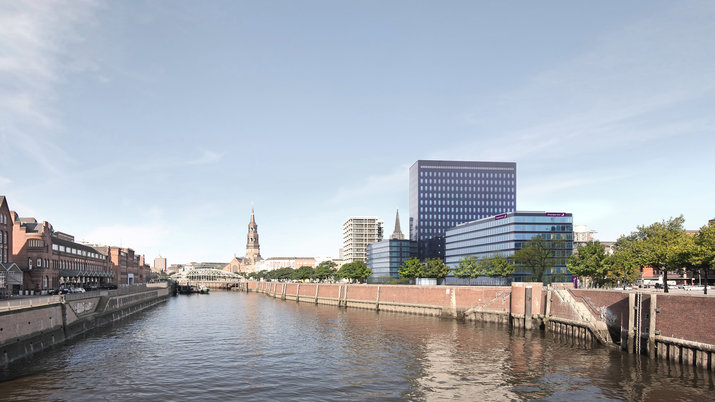 Whitbread-owned Premier Inn today (Thursday, February 28) says ‘Guten Tag’ to Hamburg as it opens the doors to its second hotel in Germany.

The new 182-bed city centre site puts Premier Inn – which will operate around 20 hotels in the country by the end of 2020 – a step closer to becoming one of Germany’s biggest branded hotel chains.

Premier Inn already has a foothold in Germany with a 210-bed hotel in Frankfurt, which has consistently been ranked number one in the city by guests on Trip Advisor ® since opening back in 2016.

It is hoped that the Hamburg hotel, a new-build which is just a stone’s throw from the city’s main train station and major attractions including shops and museums, will prove similarly popular. Expansion into Germany, a country which has traditionally been dominated by smaller, independent hotel operators, is part of Whitbread’s strategic focus on growing the Premier Inn brand internationally.

By the end of 2020 Premier Inn aims to have around 20 hotels open throughout Germany, which will include hotels trading in all of its’ top 10 target cities across the country, including Berlin, Cologne, Dusseldorf and Stuttgart.

Mark Anderson, Managing Director Property & International said: “We’re really pleased to say hello – or ‘Guten Tag’ – to Hamburg and this new opening is a further step towards achieving our ambitious German expansion plans. Hamburg is an incredibly vibrant destination and we hope Premier Inn will set the city’s new standard for value accommodation”.

Guests visiting Premier Inn Hamburg who are familiar with the brand in the UK will instantly recognise its trademark features’, including power showers, Hypnos ® mattresses, black-out curtains and tea and coffee-making facilities in every room.

However, the proposition has also been developed to specifically cater to the needs of the local market. A continental breakfast including cold cuts, a wide selection of baked goods and cheeses is available alongside Premier Inn’s signature cooked breakfast, adapted to German preferences.

Premier Inn Hamburg City Centre (Zentrum) opens on Thursday, February 28. It will be followed by the opening of two further hotels in Munich later this year and at least 15 openings during 2020, including the re-branding of the 13 trading hotels acquired from Foremost Hospitality Group GmbH.

Prices start at 39 Euros per night.

Premier Inn in the UK

Premier Inn was named the UK’s top-rated hotel chain for 2018 according to Which? With over 750 hotels and more than 72,000 bedrooms across the UK and Ireland, Premier Inn guests are never far from a great night’s sleep at fantastic value prices. Premier Inn hotels are in more locations than any other UK hotel brand for the ease and convenience of leisure and business travellers’ alike.

Across the estate, the average Trip Advisor score for Premier Inn hotels is 4.2. The business has been awarded the Best UK Family Hotel in the TripAdvisor Travellers’ Choice Awards for the 2nd year running, Best UK Hotel Group in the Silver Travel Awards and the Business In The Community Environmental Leadership Award.

Outside of the UK, you will find Premier Inns in the Middle East and Germany with plans to expand in Ireland. Premier Inn has exciting expansion plans in the German market, it opened its first hotel in Frankfurt in 2016 and the business has more than 30 additional Premier Inn hotels in its secured pipeline in Germany.