Whitbread dishes up 335,000 meals for charity through food donations 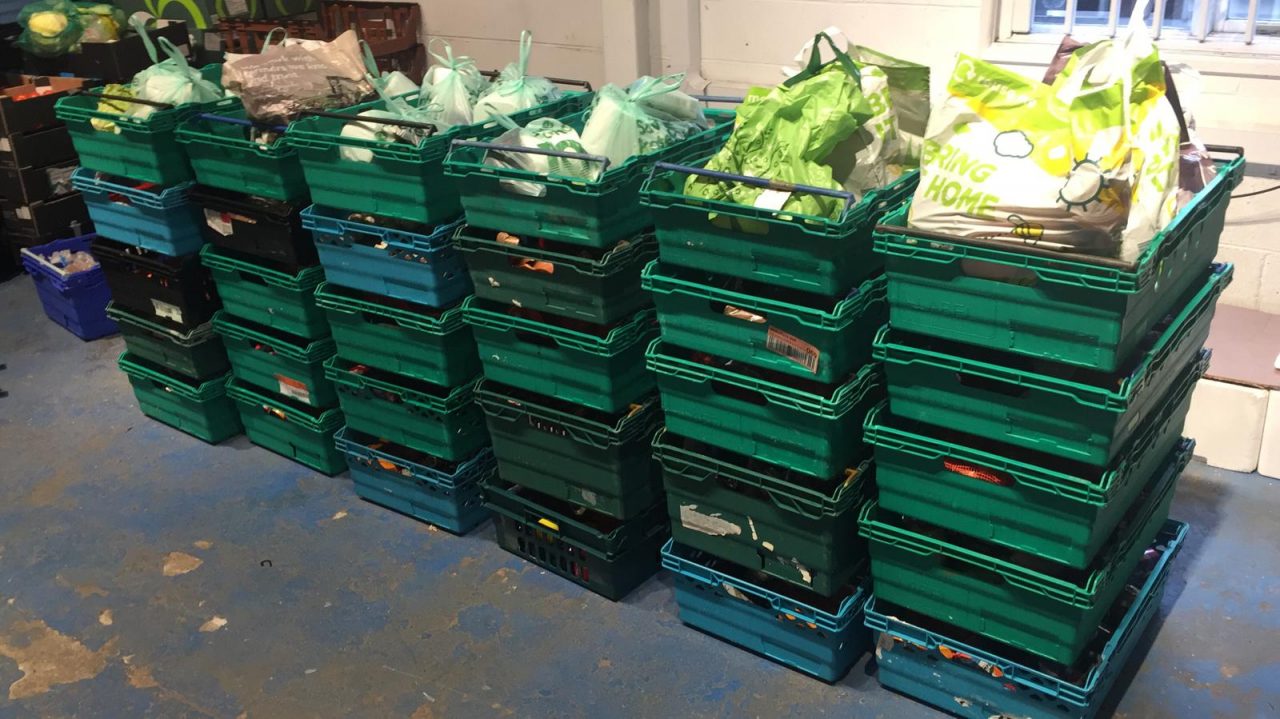 Whitbread PLC, the UK’s largest hospitality company, today (29 April 2020) in support of Stop Food Waste Day, reveals it has donated over 140 tonnes of food to charity, the majority of which will be to food redistribution charity FareShare as part of its new partnership with the organisation.

As part of its sustainability programme, Force For Good, the food, which has been diverted as a result of the closure of its restaurants and is enough to provide 335,000 meals, will be redistributed to thousands of front-line charities who are working to support those most vulnerable through the Coronavirus crisis.

335,000 meals is equivalent to a meal for everyone living in a city the same size as Wigan (ONS data).

As a result of its hotel and restaurant closures Whitbread has seen a large increase in surplus good quality, in date food needing to be donated, and as a result has forged additional partnerships to complement its newly announced one with FareShare. One of the new partnerships, is with West Yorkshire charity, The Real Junk Food Project (TRJFP).   These donations will continue to support FareShare’s network of charities and community groups, but in addition through TRJFP, vital food supplies will be able to reach the people who need it most within the community, as well as NHS workers.

The majority of the food will be distributed to FareShare and the Real Junk Food Project through Whitbread’s two main logistics centres, and then onwards through the organisation’s network of frontline charities and community groups it supports.

In total the donations from Whitbread, to its charity partners, are in the region of 140 tonnes, and include over 173,000 eggs, 2000 packs of cheese, 3000 gammon steaks as well as other essential fresh items such as milk, tomatoes, bananas and potatoes. Fresh, nutritious food is particularly valued by charities and community groups – including schools, foodbanks, care homes and homeless shelters.

Phil Birbeck, Managing Director at Whitbread Restaurants said: “We are extremely proud that we are able to act as a Force for Good through our partnerships with FareShare and The Real Junk Food Project, which enable us to donate food that would potentially have gone to waste. It is particularly pleasing that numerous community groups and charities will benefit in result.

“This is an extremely difficult time for everyone, but we are so pleased that something positive is able to come from this as we continue to find ways to support our teams, our guests and our suppliers in unprecedented times.”

Lindsay Boswell, FareShare Chief Executive, said: “FareShare already provides enough food to charities to help them provide almost a million meals a week – but as the Coronavirus outbreak develops, demand for our service is only going to continue rising. The past month alone has seen a record number of charities requesting to sign up, which only makes Whitbread’s support even more vital. The nutritious, fresh food supplied by Whitbread will be distributed to thousands of charities working tirelessly through this crisis to ensure those most vulnerable are not left at increased risk of hunger.”

Adam Smith, founder of The Real Junk Food Project said: “When the lockdown was announced, vast quantities of food were stuck in the supply chain whilst supermarket shelves were stripped bare of essentials. Due to our existing networks we were able to mobilise quickly and help those who needed it most, when they needed it.

“We are grateful for all of the food that has been donated. The support we’ve had from Whitbread has been amazing. We are helping thousands of people across Wakefield and Leeds and will continue to do so.”

The news is the latest move by Whitbread, which continues to play a key role in the fight against COVID-19. The business remains committed to supporting the key worker agenda.

Following the closure of around 800 hotels across the UK, it has made 37 hotels equivalent to around 5,000 rooms including London Docklands Excel, exclusively available to key workers such as those in the NHS. Hotels which are currently closed have lit up windows with signs of support for the NHS up and down the UK.

Whitbread is also playing a role in supporting supermarkets to feed the nation by freeing up its logistics network which has been made available to transport food to where it’s needed most.

Premier Inn was named the UK’s top-rated hotel chain for 2019 according to Which? With over 800 hotels and more than 76,000 rooms across the UK and Ireland, Premier Inn guests are never far from a great night’s sleep at fantastic value rates. Premier Inn hotels are in more locations than any other UK hotel brand for the ease and convenience of leisure and business travellers alike.

FareShare is the UK’s largest food redistribution charity, with 25 warehouses across the country. It takes food from the food industry that can’t be sold in shops, either because of packaging errors, a short shelf life or overproduction. That food, which is the same as the food you’d eat at home, is then redistributed through a network of 11,000 frontline organisations, across the UK such as homeless hostels, school breakfast clubs, domestic violence refuges, older people’s lunch clubs, food banks and hospices.  FareShare provides enough food to create almost a million meals for vulnerable people every week.

About The Real Junk Food Project

Set up by Adam Smith in 2013, The Real Junk Food Project is a collaborative effort to bring about a radical change in our food system. A third of food is wasted globally; around 1.3 billion tonnes. But the perception of food waste is not always the reality; the food The Real Junk Food Project intercepts is “waste” simply due to structural problems in the food system, whereby goods are over-ordered, mislabelled or generally overlooked, not because it’s all past its sell-by date. Since its inception, TRJFP has inspired over 120 projects globally, with Wakefield as project HQ.