Sandown seafront Premier Inn to open at end of February 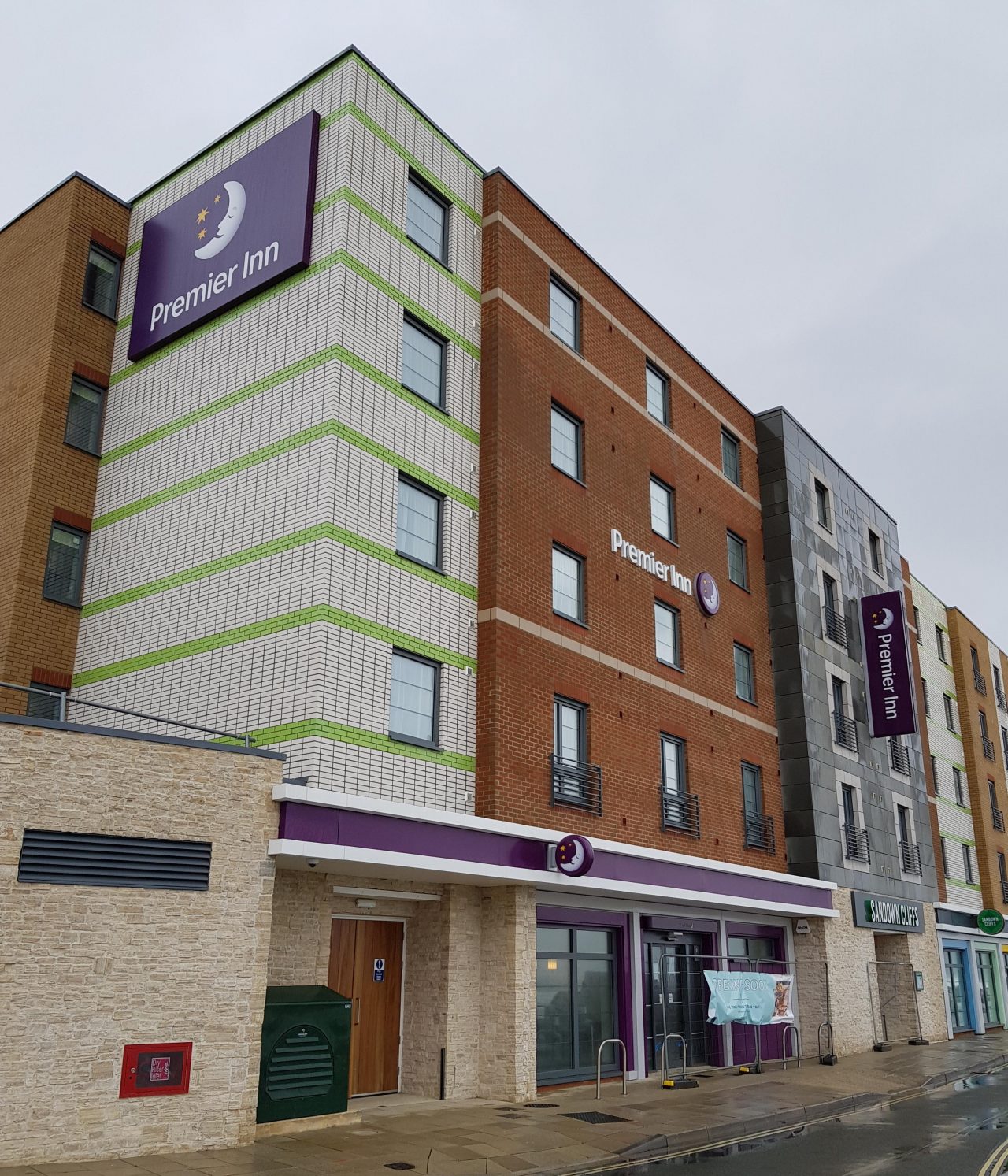 The team behind the new 100-bedroom Premier Inn hotel on Sandown Esplanade has announced that the hotel will open on Friday 26 February.

The team behind the new 100-bedroom Premier Inn hotel on Sandown Esplanade has announced that the hotel will open on Friday 26 February.

In line with Government regulations and public health advice, the new hotel will open initially to guests staying for work, education, or other legally permitted reasons.

The Cookhouse & Pub restaurant will also not be serving any food or drinks on opening in line with government guidelines. Commenting on the opening, Niall Hyslop, New Openings Manager for Premier Inn Sandown Esplanade, said:

“While we’re opening our Sandown hotel in unusual circumstances due to coronavirus restrictions, we’re excited to be welcoming guests travelling for work, for education and for other legally permitted reasons at the end of the month.

“We are extremely grateful for the warm welcome we have received in Sandown since announcing our plans to open a new hotel and restaurant on the Esplanade.  We are investing here for the long-term and are very much looking forward to becoming part of the community.

“Though we are opening our doors with a limited service in line with government restrictions, we expect the hotel and restaurant will be fully operational later this year.  Premier Inn hotels in leisure locations like Sandown were very popular last summer and once we’re allowed to welcome leisure guests and open our restaurant fully in Sandown, we’re expecting strong demand from guests and local diners.”

When it opens its doors, the Sandown Premier Inn will be the third Premier Inn hotel on the Isle of Wight and the first hotel on the island to feature the family friendly Cookhouse & Pub restaurant format.

The hotel will be opening with Premier Inn’s enhanced hygiene promise, Premier Inn CleanProtect, in place to help guests stay with confidence.  An opening date for the Cookhouse & Pub restaurant will be confirmed in due course.

Whitbread has been working with the local Job Centre Plus to recruit an initial 20 new jobs for the Sandown hotel.  Further roles, including for the new restaurant, will be recruited once travel restrictions are lifted and the hotel fully opens – with applications being accepted via the Job Centre Plus and online via the Whitbread Careers website (www.whitbreadcareers.com).

A copy of this press release and contact details for Premier Inn’s property team is available via the www.premierinnsandown.info website.