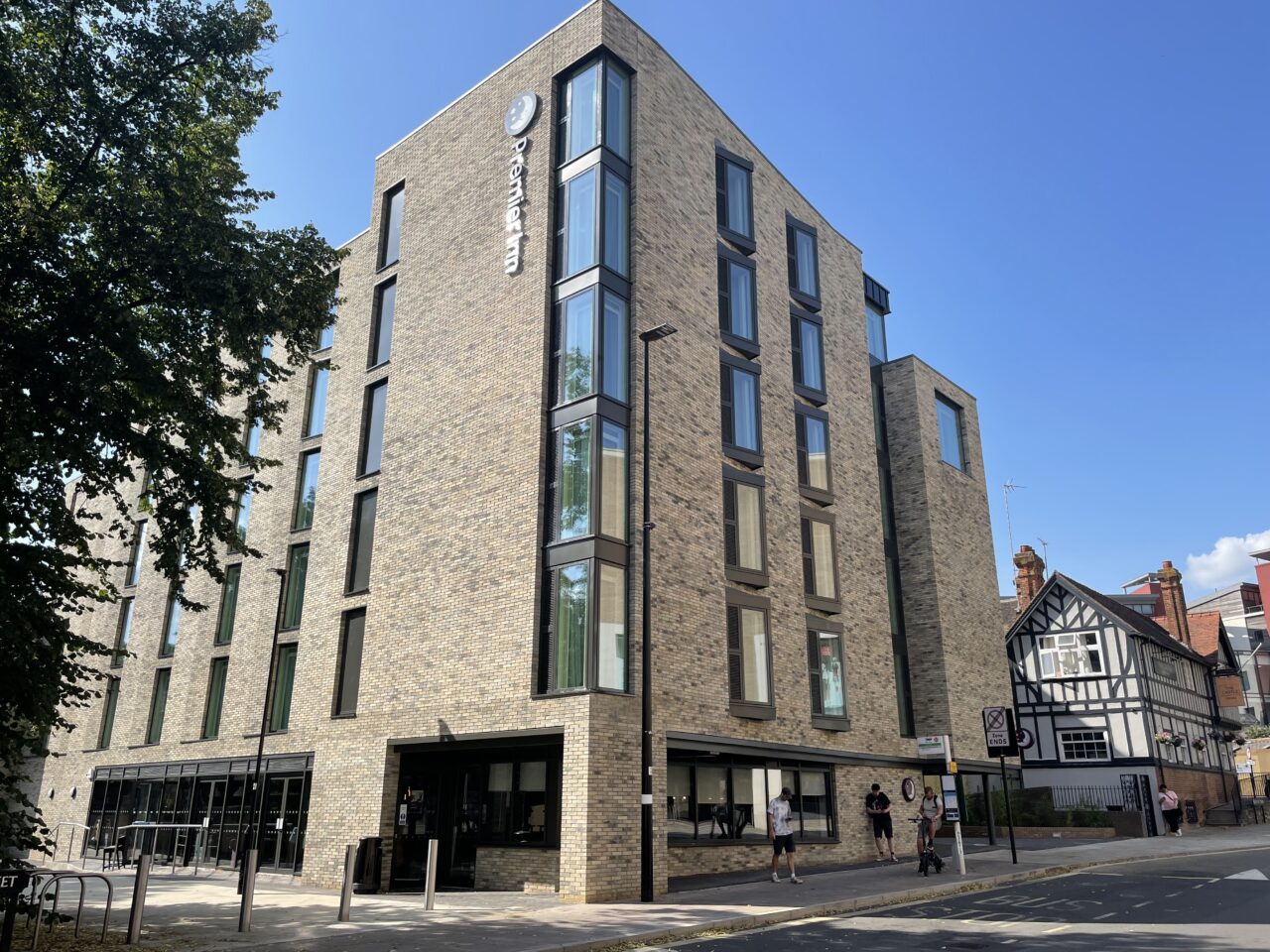 Premier Inn has opened the doors to its new flagship location in Oxford city centre at Paradise Square, a few metres from the Westgate Shopping Centre.

The new 90-bedroom hotel brings Premier Inn’s latest format bedrooms, including its enhanced Premier Plus rooms, into the heart of Oxford city centre for the very first time.

Whitbread, which owns the Premier Inn hotel chain, started working on plans for the hotel in 2013 following the acquisition of a 1980s office building which originally occupied the site.

The redevelopment provided the opportunity to improve and enhance Paradise Square, a public space adjacent to the hotel, and 27 new jobs have been created at the hotel on opening.

Richard Aldread, Head of Construction in the UK regions and Ireland for Whitbread, said:

“We spotted the opportunity to bring Premier Inn’s affordable bedrooms into the heart of Oxford city centre around the time the plans to redevelop the Westgate Shopping Centre were being discussed.  With the help of a talented team of designers and development professionals, and the support of City Council officers, we have built a superb new hotel in a challenging setting. It’s a proud moment to see the hotel open and I have no doubt that it will be extremely popular with our business and leisure guests and play a positive role in supporting the city’s economy.”

A joint architectural team of Rick Mather Architects and Allison Pike Partnership designed the Westgate Premier Inn to reflect its historic location in the city.  The brick hotel building steps down in height from the Westgate Shopping Centre in the west to the more domestic scale of the Friary Centre to the east.

The design, which was influenced by two CABE design review panels, also sought to improve connections to Paradise Square and open views to the rear of the listed buildings along Paradise Street.

“The new hotel makes a really positive contribution to the wider city centre setting by preserving and enhancing views of adjacent listed buildings and creating new & positive connections with new visual and physical routes around the site. The high quality of materials used coupled with excellent workmanship from our contractor has resulted in a building the whole team can really be proud of.”

Planning permission for the development was granted by Oxford City Council in December 2017 with construction of the hotel commencing in July 2019.  Cardiff based Carter Lauren was the principal contractor to the development.

The Oxford City Council Core Strategy recognises the need for up to 15 new hotels in the city in the period to 2026 as the Council seeks to encourage overnight visitors to stay for longer and spend more in the city.

“The new Premier Inn is a welcome addition to Oxford’s hotel offering which will allow visitors, whether here for business or pleasure, to stay for longer and enjoy everything our wonderful attractive and diverse city has to offer. It’s an extraordinary place that is best seen slowly.”

The Oxford city centre (Westgate) hotel is the second Premier Inn to open in Oxford this year, following the opening of a 123-bedroom hotel at Botley in May, and grows the brand’s network of hotels in Oxford to four locations.  The company anticipates that 35,000 guests will stay at the Westgate hotel every year based on pre-pandemic occupancy data.

Whitbread is continuing to expand Premier Inn in popular locations like Oxford and sees the potential for further Premier Inn hotels in Oxford city centre and to the east of the city.  A full list of target locations is available on the property pages of the Whitbread website.

The hotel also sees the opening of the chain’s 1000th Premier Plus room – an enhanced room concept with further locations across the UK. The room design builds on the features of Premier Inn’s popular standard room but benefits from additional facilities you can see here. Whitbread intends to add a further 1,000 Premier Plus rooms across its national estate in the next six months, doubling the number of Premier Plus rooms available by 2022.