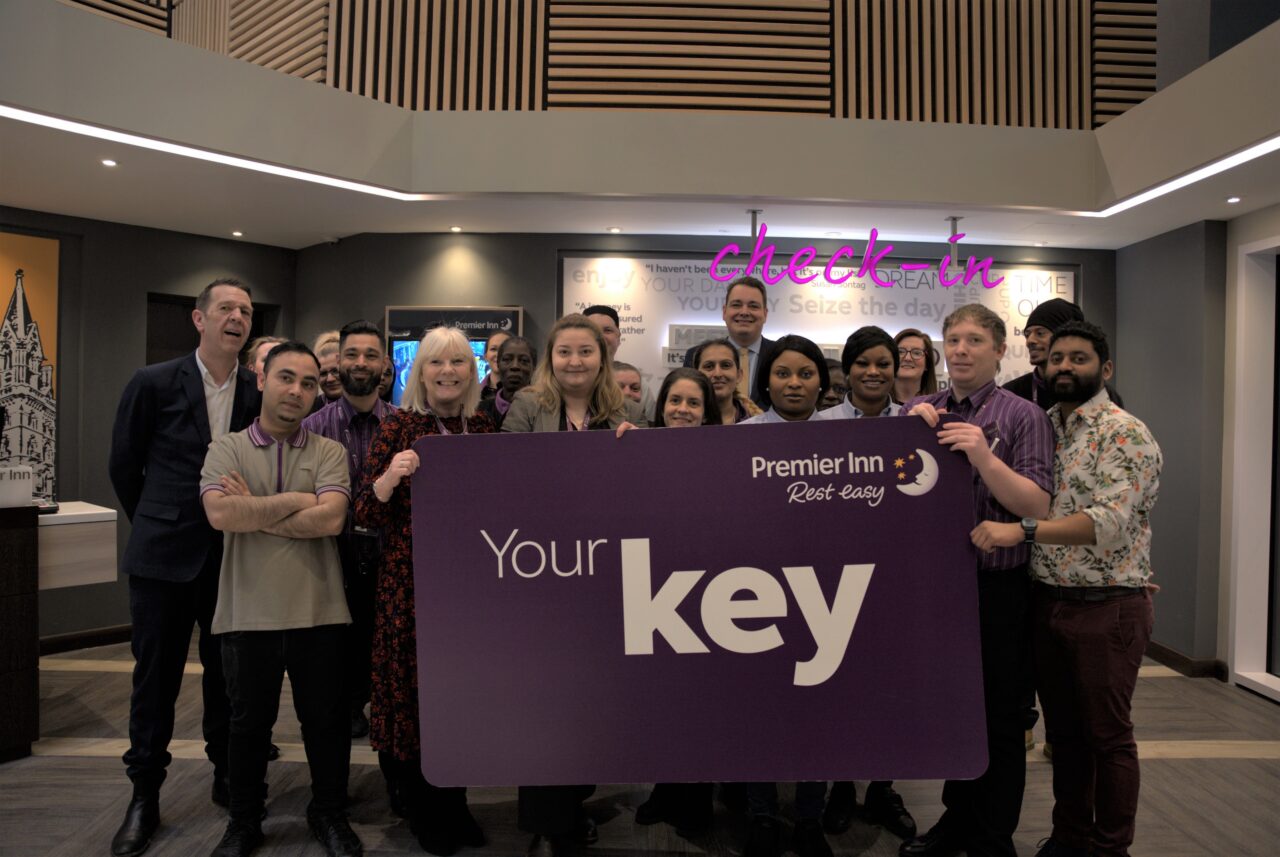 The team behind the largest Premier Inn in Central London at Paddington Basin offered a sneak preview of the new hotel today [7th March] to local community and business stakeholders.

At 393-bedrooms, the London Paddington (Paddington Basin) hotel is the largest Premier Inn in Central London and brings the brand’s latest format bedrooms, including enhanced Premier Plus rooms, and Bar + Block Steakhouse restaurant to the popular destination for the first time.

The hotel is one of three new openings planned by Whitbread, the parent company to Premier Inn, in the Paddington and Marylebone area of London over the next three years as it continues to expand its presence in parts of the capital where it does not have a presence and sees strong long-term demand for its affordable rooms.

Working closely with the Westminster Employment Service and St Marylebone Job Centre Plus, the new Paddington Basin Premier Inn and Bar + Block has created 84 new roles so far.  Recruitment is continuing this spring as the hotel and restaurant establishes itself.

More than half of the new team members live within three miles of the new hotel and restaurant and 60% were not in work before joining either Premier Inn or Bar + Block.

“This exciting move by Premier Inn demonstrates a real confidence in London and the West End especially as we welcome back tourists.

The hotel’s prime location, within easy reach of Hyde Park, Marylebone and Oxford Street make it attractive for both business and leisure travellers alike.

Westminster supports one in eight jobs in London and we recently announced a £1m fund specifically to support recruitment into our hospitality and leisure sectors.

Over the coming years, the council will support the group with its expansion plans including helping hundreds of Westminster residents into high-quality employment opportunities”.

On completion, the three hotels will provide over 1,000 affordably priced hotel rooms in the Paddington / Marylebone catchment and will grow the network of Premier Inn and hub by Premier Inn hotels in Westminster to nine locations.

“We see enormous potential for our brands in Paddington and are opening at the Basin with our very best offer.  The area has everything for us – a strong business economy, excellent transport connections and lots of entertainment and leisure attractions nearby for our guests – which is underpinning our long-term investment in the area.

“With the first of our three new hotels now open at Paddington Basin, we’re looking forward to serving the local community and helping to support a successful West End through our affordable hotel rooms, high-quality service and as our guests go out to enjoy everything central London has to offer.”

The London Paddington (Paddington Basin) Premier Inn is located at North Wharf Road to the north of the Basin and adjacent to the A40.  Standard Premier Inn rooms at the hotel start from £72 per night with the best rates always available at www.premierInn.com.